Named in 1916 for the Amestoy family, whose patriarch Dominique (1822-1892) and matriarch Marie (1848-1891) were Basque French immigrants who made their California fortune in sheep and wool. Dominique, whom Angelenos knew as “Domingo”, acquired real estate across the Southland, including a large ranch in present-day Gardena and an entire city block in DTLA, but the Amestoys are best remembered for owning the 4,460 acre Rancho los Encinos, which Domingo and Marie bought in 1889 from son-in-law Simon Gless. Their heirs owned the rancho until 1944; along the way, they sold off and and subdivided parts of it into today’s Encino. Nearby Louise Ave. is named for one of the Amestoys’ daughters; Noeline Ave. is for a granddaughter. Television star Sharon Gless (Cagney & Lacey, Queer as Folk, Burn Notice) is a great-great-granddaughter. 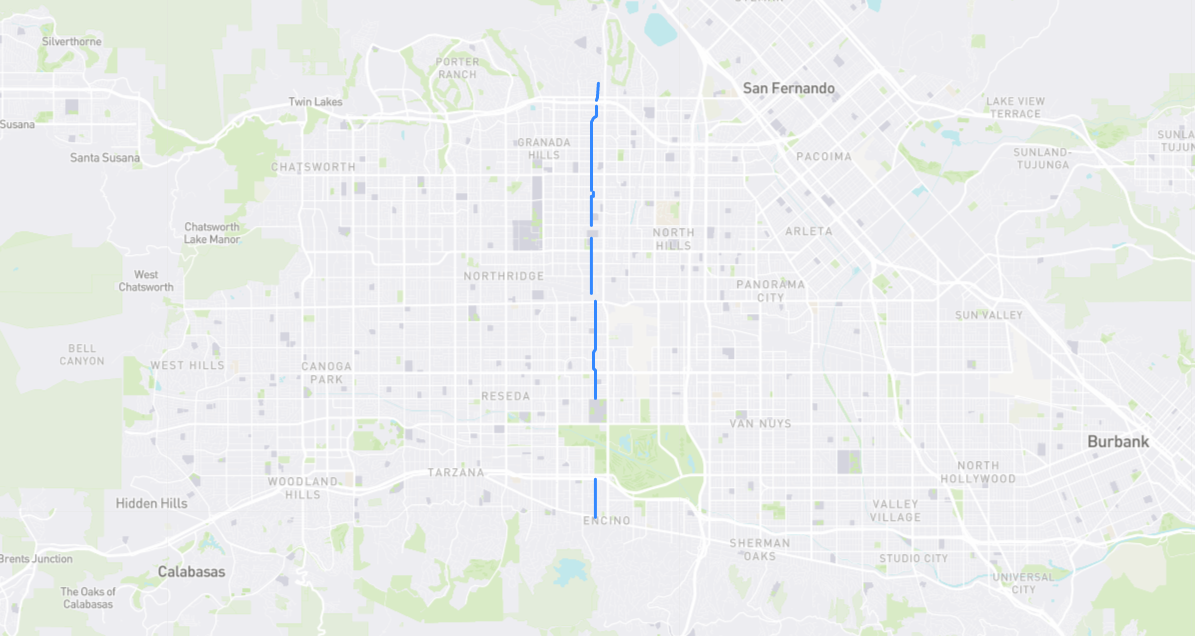