In 1905, David Joseph Macpherson (1854-1927), a longtime Pasadenan originally from London, Ontario, Canada, named a trio of streets Atchison, Topeka, and Santa Fe, after the famous railroad line. It’s been said that Macpherson, a civil engineer, had worked for the AT&SF – if true, the inspiration for these streets is obvious. In any event, he was into locomotives: Macpherson was locally famous for building the Mount Lowe Railway. He, his wife Emma (1857-1924), and their four kids actually lived on Atchison Street. It has kept its name, as has Topeka Street, but someone changed Santa Fe Street to Elizabeth Street and broke up the set. 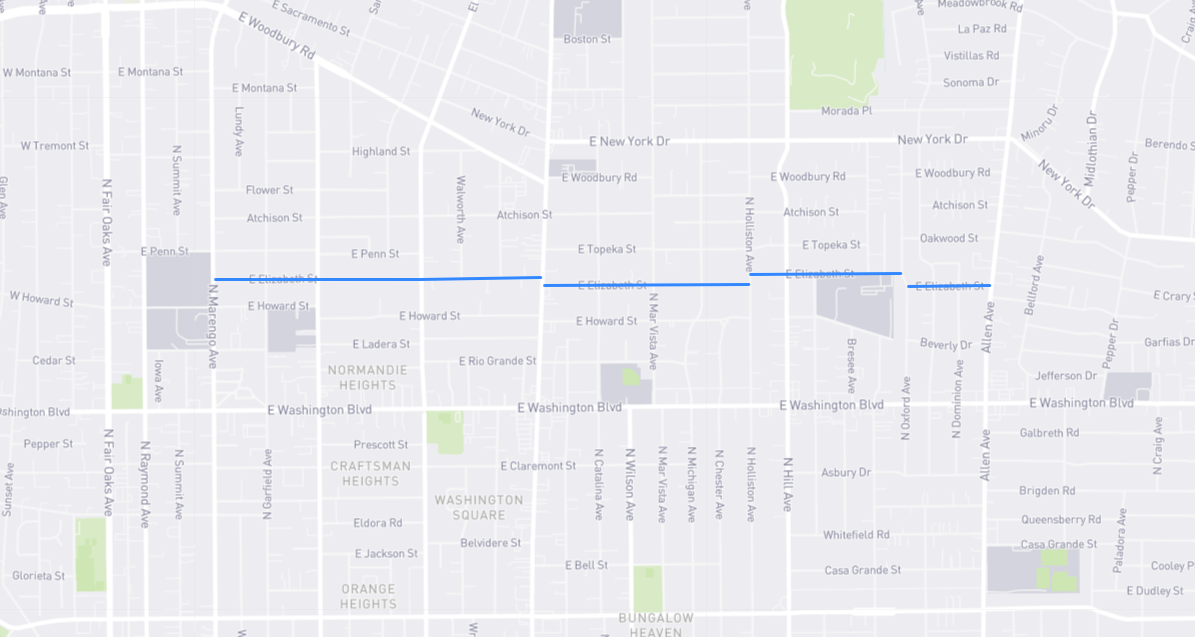