Waverly derives its name from the 1814 novel Waverley by Sir Walter Scott (1771-1832). Scott was known only as a poet when he wrote Waverley, his debut novel, so he chose to publish it anonymously, taking credit only much later. His story concerns the fictitious English soldier Edward Waverley and the historic 1745 Jacobite rebellion led by Bonnie Prince Charlie. Waverley was a bestseller throughout the 19th century, and communities across the English-speaking world adopted its name. (Many in the U.S. would write it “Waverly”, as this street does; perhaps early American editions of the book misspelled the title?) Scott’s colorful depictions of Scottish and English history inspired several L.A. County streets and tracts, from Marmion to Ivanhoe. In fact Ivanhoe was one of 26 Scott books collectively known as the “Waverley Novels”, along with classics like Rob Roy and Kenilworth. 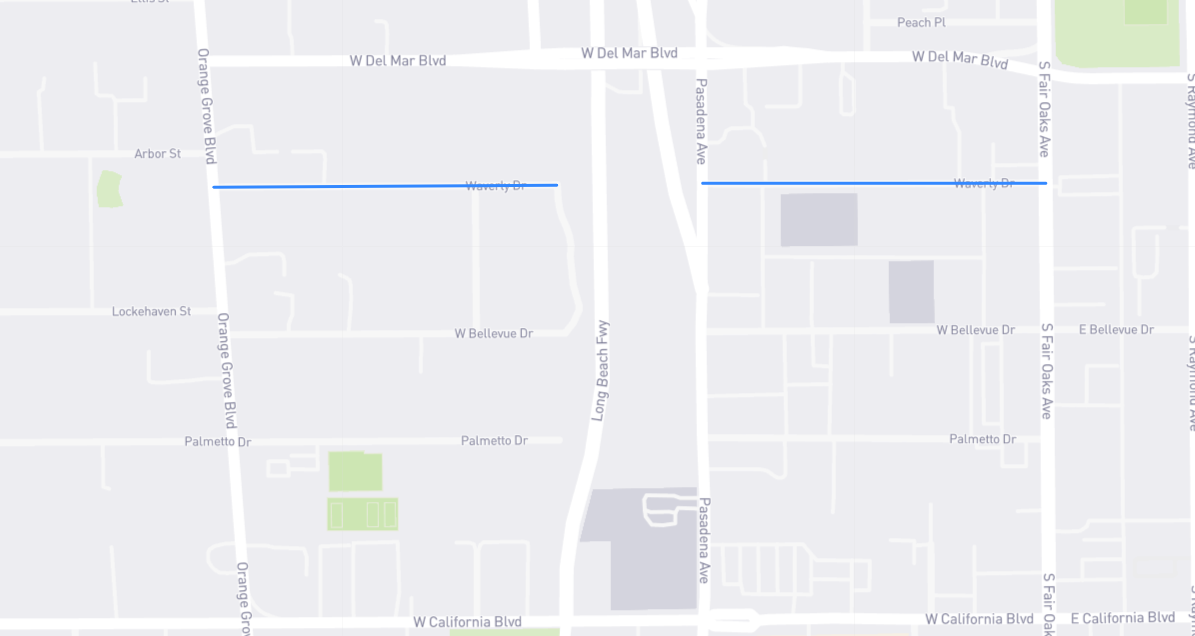