Caleb Heacock “C.H.” Ellison (c. 1872-1935) was a civil engineer who surveyed the tract on which Ellison Street was named in 1923. Born in Ottumwa, Iowa, Ellison was orphaned in his teens and went to Oakland in early 1888, marrying 16-year-old Grace Hawkins two years later. He was a surveyor in Marin County, then was hired as resident engineer with the Southern Pacific Railroad and moved his wife and four kids down to L.A. in 1903. What followed was a turbulent decade, with two Ellison children dying of illness and an attempt on Ellison’s life in 1909: an irate employer disputed his salary and shot him in the neck, paralyzing the left side of his face. Ellison then became a private contractor, paving roads up and down California. Two months after Grace’s death in 1920, Ellison married a young widow named Luella McCabe (née Vallean, c. 1893-1952); they had settled in East L.A. by the time Ellison laid out this tract. Ellison was active in the development of City Terrace and later became city engineer of Monterey Park. 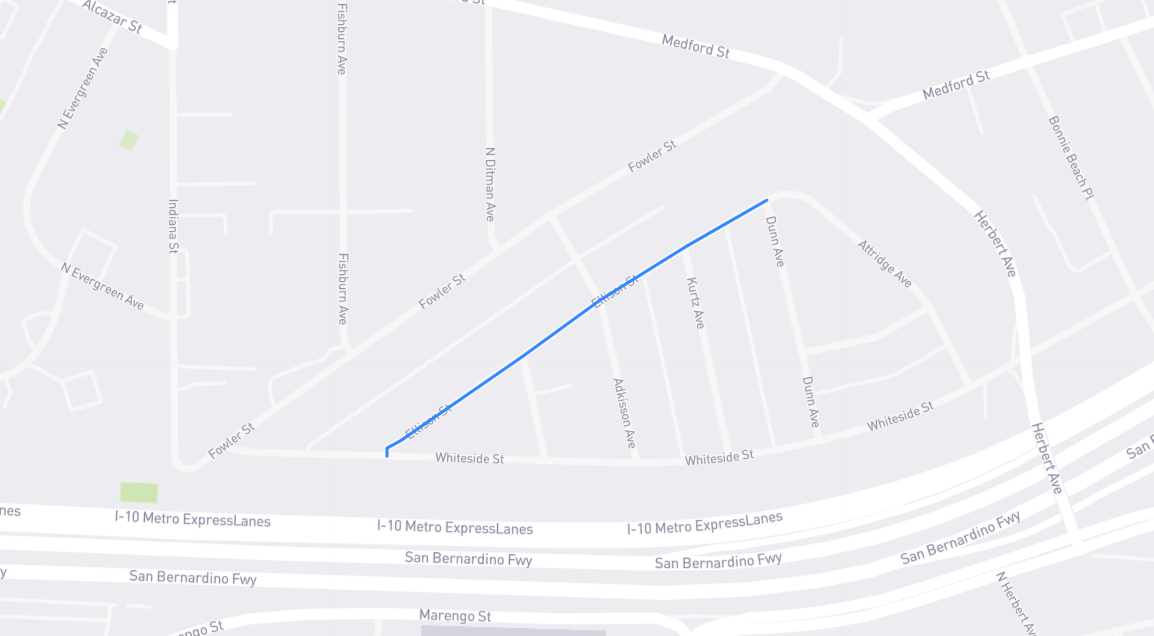