William Thomas Adkisson (1871-1934) was a native of Western Illinois who came to L.A. around 1904 with his first wife Bertha and son William M. After splitting from Bertha in 1909, Adkisson married Pauline “Lena” Blancarte (1886-1948), a Pomona girl, in 1911, then had two more sons with her, Allen and Edward. They would settle in East L.A. William T. Adkisson was a professional house painter – and apparently also adept at hanging wallpaper: his great-grandson informed me that he was rewarded with this street name in 1923 as thanks for his wallpaper work on a tract of homes here. I can believe it, as nearby Ellison Street was named for the tract’s surveyor. 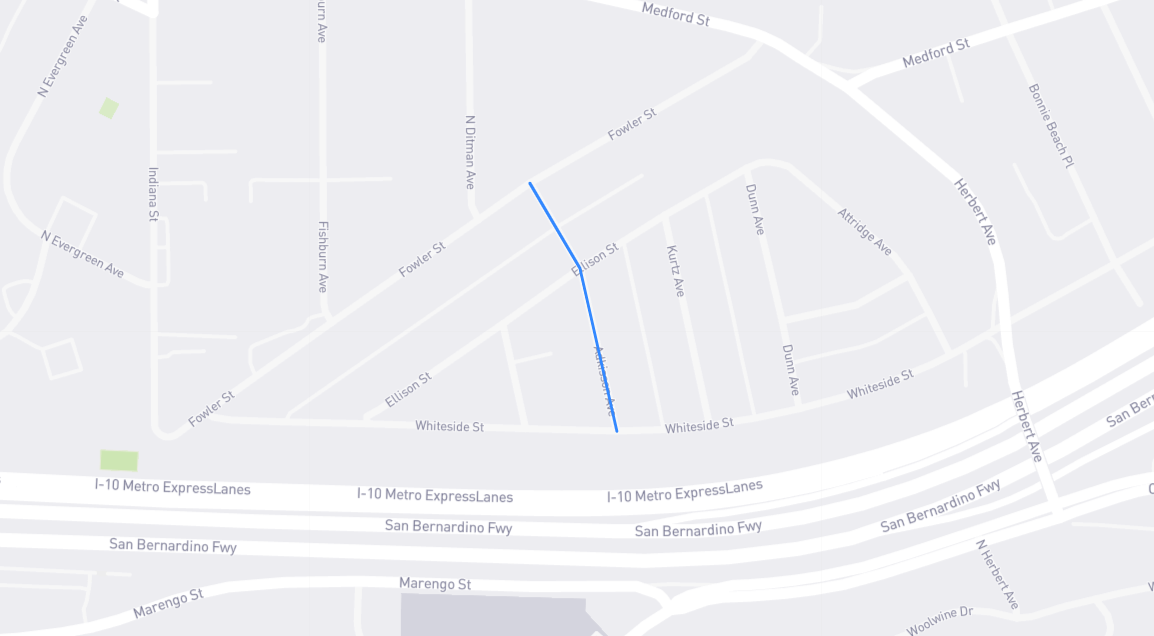