Named for John Henry Ramboz (1879-1960), banker, president of the Ambassador Hotel, and director of the Metropolitan Water District. Ramboz was born on a ranch in present-day DTLA. He was first employed by the Merchants National Bank of Los Angeles in 1903; twenty-five years later, he was named its vice president. (The bank’s president, William Woolwine, is the likely namesake of a nearby street; both were named in 1925.) Ramboz died aboard a cruise ship en route from Spain to New York City. He had just wrapped up a European vacation with his wife Marie. There are worse ways to go. 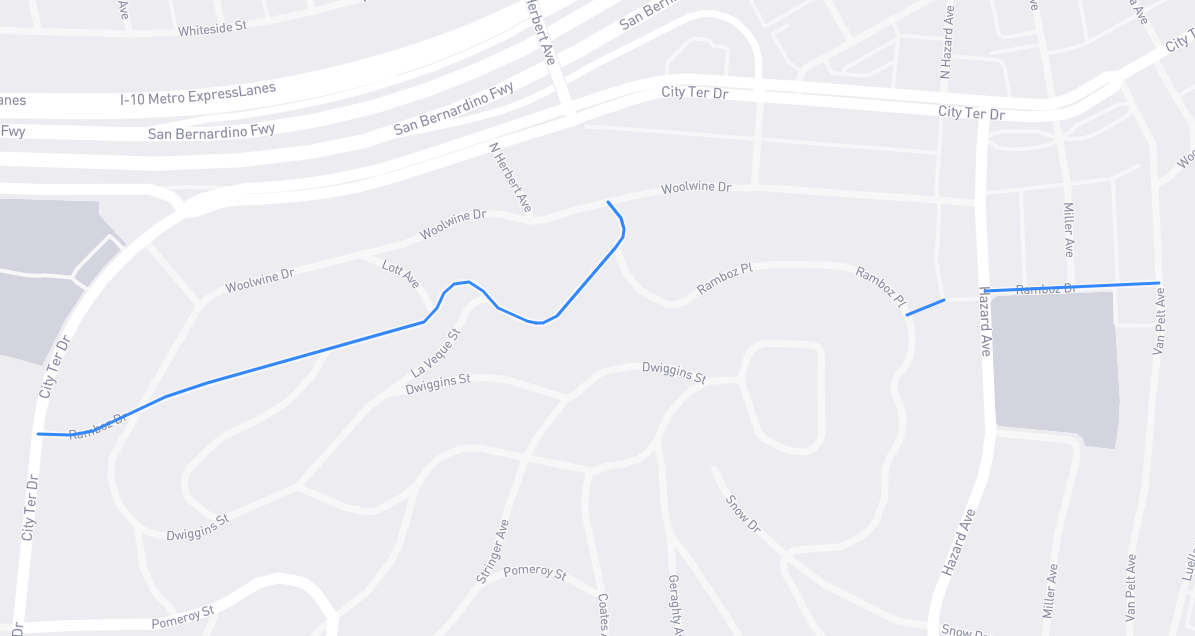