The Empire China Company, which manufactured plates, teacups, and so forth, opened a factory at the east end of this street in late 1921. It was founded by Isaac R. Landis and Fred E. Keeler, who owned a clay deposit in Nevada and supplied the raw material. To run the company, they hired William G. Jackson from East Liverpool, Ohio – then a center of the ceramic pottery industry – as president and Edward W. Morgan as sales manager. All four of these men received namesake streets when a nearby tract was set up to house their workers. At its peak, Empire China had a workforce of about 150, but shifty payouts of dividends led to legal disputes, receivership, and finally bankruptcy in 1933. The factory was replaced by a Lockheed facility, which itself would be replaced by the Burbank Empire shopping center. 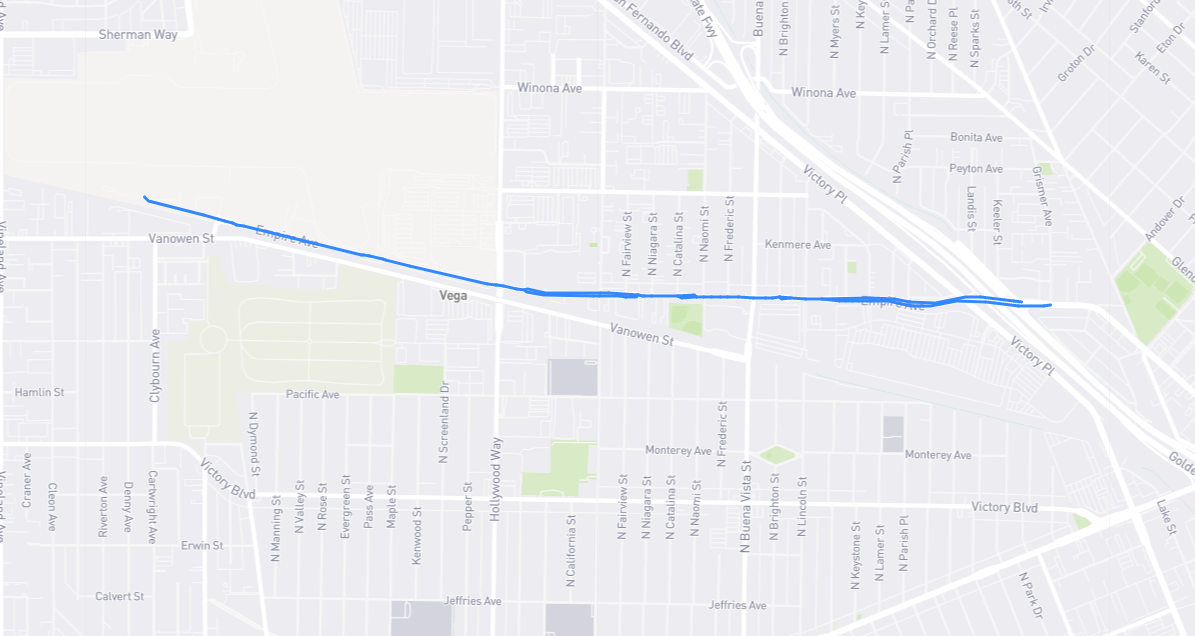