Named for William George Jackson (1867-1947), president of the Empire China Company. (Long before the Golden State Freeway came in, this neighborhood was set up for Empire China’s workers, and streets were named for its officers. See Empire Ave.) The Ohio-born Jackson was previously western sales manager for Taylor, Smith & Taylor in West Virginia. In the early 20th century, the Chester, WV/East Liverpool, OH area was a center of the crockery industry, and TS&T was one of its biggest companies. Jackson, superintendent John Rowe, and several other ceramics specialists were shipped out to open the Empire China factory here in 1921. After the death of his German wife Anna in 1927 and the folding of Empire China in 1933, Jackson remarried and retired. 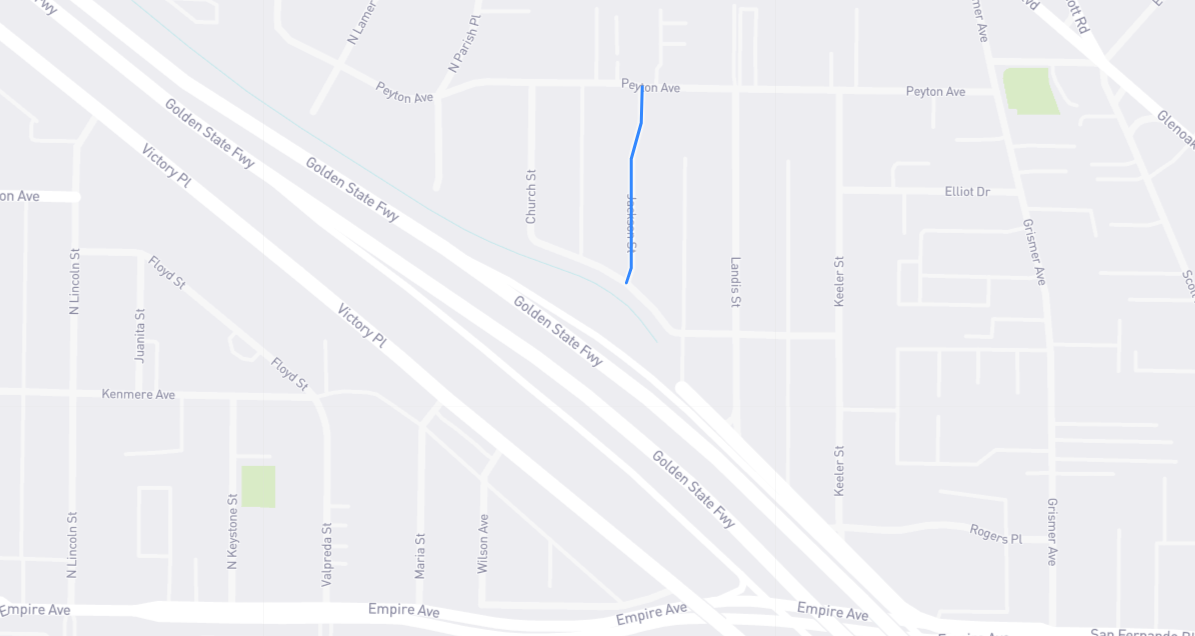