If it weren’t for a short-lived crockery factory, Lockheed may have never come to Burbank. When Keeler Street was named, in 1923, Fred Elbridge Keeler (1872-1951) was VP of the Empire China Company (see Empire Avenue). He had come from Mason City, Iowa, where he made a fortune in brick and tile. Bored with the Midwest, he and his wife Mary bought 7 acres on La Brea Terrace in 1916 and moved in two years later. (They had no children; a nephew was christened Fred Elbridge Keeler II.) Keeler bought several buildings in DTLA and financed some entertainment venues, but in 1921 he fell back on his ceramics background to found Empire China as an outlet for his (and I.R. Landis‘s) clay mine in Nevada. Keeler obviously liked Burbank, because in 1928 he installed his new startup down the road: the Lockheed Aircraft Company. When the sun set on Empire in 1933, Lockheed took over its location as well. By then, Keeler had sold off most of Lockheed and had devoted his life to supporting the arts. 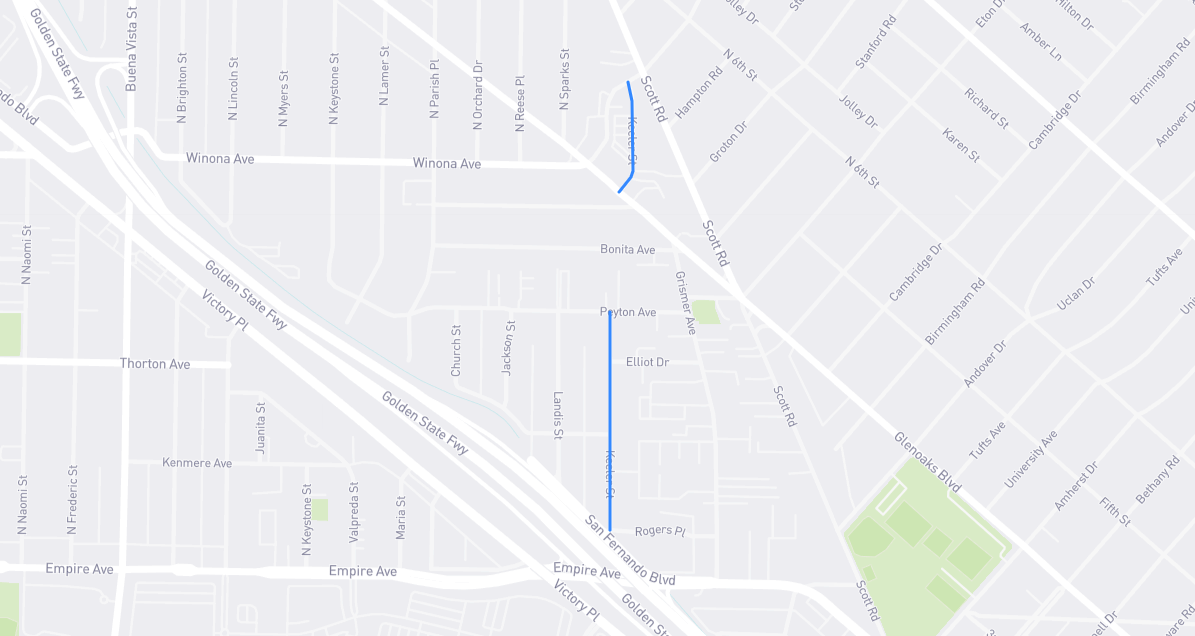