Likely the first street in Los Angeles County named for a black man. Jawayne “Joe” Fambrough (1912-1995) was a Bakersfield entrepreneur who started a successful floor polishing and finishing business – Imperial Floor Service – in 1933. He eventually crossed paths with white Bakersfield builder Wayne Lee Vaughn and by 1955 the two began partnering on housing tracts in Bakersfield, Santa Maria, and elsewhere. Santa Clarita’s Fambrough Street was named in 1965 on the Oakridge tract, owned by Vaughn and James E. Smith. Fambrough wasn’t listed as owner, but he was named as a defendant along with Vaughn and Smith in a lawsuit over the land (they won), so we can assume he had a stake here. Joe Fambrough married the Oklahoma-born, Bakersfield-raised Marie Harriet Harris (1914-1981) around 1938; Marie had recently returned to Bakersfield after obtaining her cosmetology license in Hollywood. 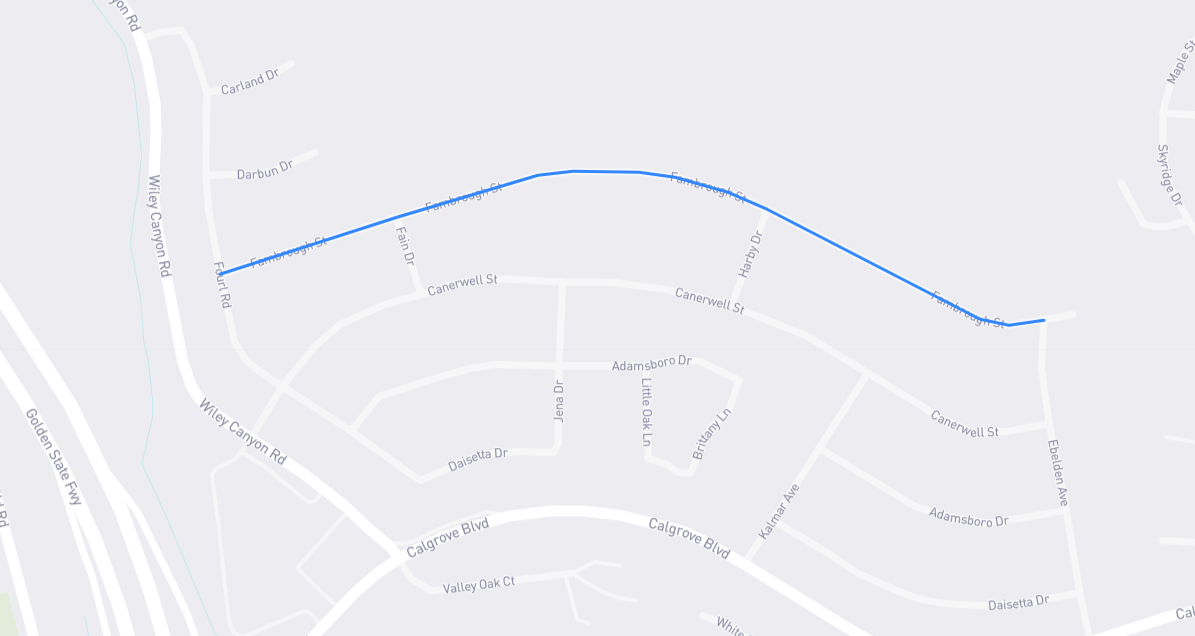