John F. Powell (1839-1925) was justice of the peace during Newhall’s frontier days. Born in Ireland and brought to the U.S. as a baby, Powell reportedly joined the Navy in 1859 and served on the USS Constellation as it captured slave ships off the coast of Africa. He served in the Army both during and after the Civil War, then in 1869 came down to SoCal and got into ranching and mining. In 1875, Powell was elected justice of the peace of Soledad township – a 1,200 square mile “town”! –  and settled his home, family, and office in Newhall a couple years later. (There’s some confusion as to when he married his wife Dora, but they had three kids.) A pillar of the Newhall community for decades, Judge Powell died six months after this street was named for him in the Atwood Addition. 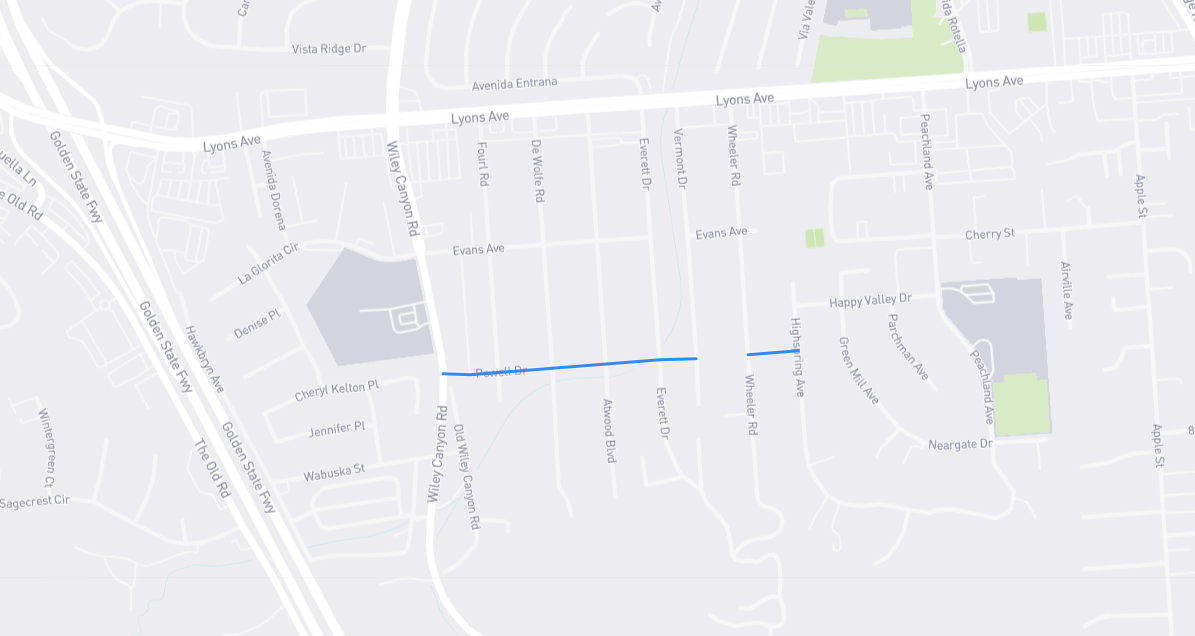