Probably named after Franklin, Pennsylvania by Richard Judd “R.J.” Hanna (1860-1934), general manager of Standard Oil of California, who set up the town of El Segundo in 1911. Hanna was born and raised in Franklin, which like El Segundo was an oil company town. (Indeed, Franklin is located next to a municipality called Oil City.) He had worked at Franklin’s Eclipse Oil Works refinery – then one of the largest in the world – for twenty years, and had reached the position of superintendent when he was transferred to California to oversee El Segundo. The Hannas never lived here, though: R.J., his wife Virginia (who reportedly coined the “El Segundo” name), and their kids settled in San Francisco. 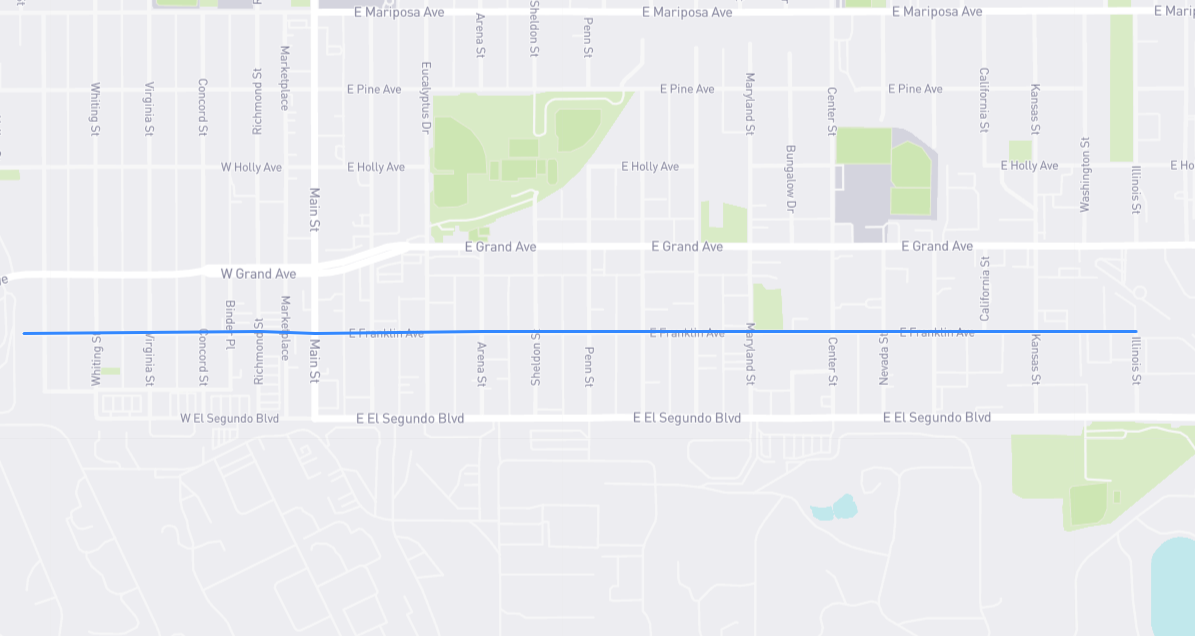