Named for the Standard Oil Company of California, the original owners and developers of El Segundo. They began subdividing this 840 acre “payroll town” and building their second (segundo) California refinery here in 1911, mere weeks after Standard Oil itself was broken up by the Supreme Court for violating antitrust laws. The Standard Oil Company of California was one of 34 offshoot corporations. Standard Oil was founded in 1870 by John D. Rockefeller Sr. (1839-1937), his brother William, and other industrialists. (The company made Rockefeller the wealthiest man in modern history – a title he still holds, factoring in inflation.) Its California spinoff was rebranded the Chevron Corporation in 1984, after forty-plus years of using the Chevron brand in its gas stations and petroleum products. 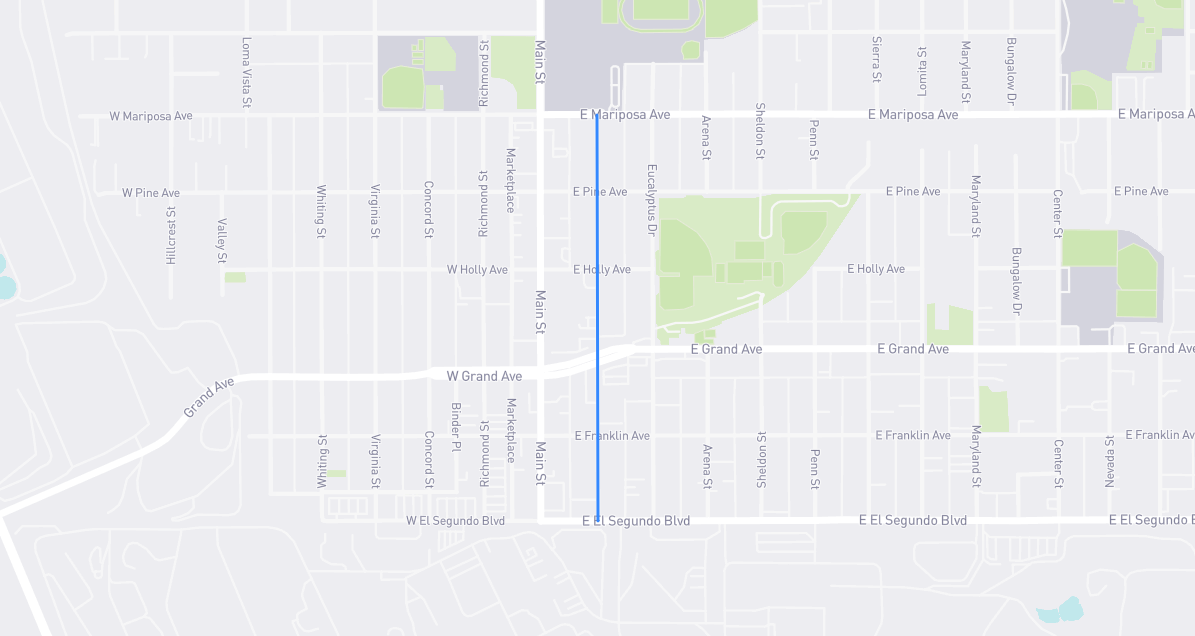