Why are two Cedars-Sinai entryways named for a famous comedy couple? First, some background: George Burns (1896-1996) was born Nathan Birnbaum in New York. Gracie Allen (c. 1895-1964) was a dancer from San Francisco. The two met on the vaudeville circuit in 1922, became a stage duo the following year, then married in 1926. Taking their act to radio, then to television, Burns and Allen were a national hit until Allen retired in 1958. After his wife’s death, Burns focused on producing, but his life changed in 1975 when his Oscar-winning turn in The Sunshine Boys made him an unlikely movie star. Part of Hamel Road was renamed George Burns Road in April 1986, during Cedars-Sinai’s yearlong drive to raise $90 million for their endowment fund. Burns was chosen as the fund’s spokesman because he turned 90 that January. (He had also been a Cedars patient.) Part of Alden Drive was renamed Gracie Allen Drive in October 1994 but not dedicated until January 19th, 1995, the day before Burns’s 99th birthday. It was one of his last public appearances. 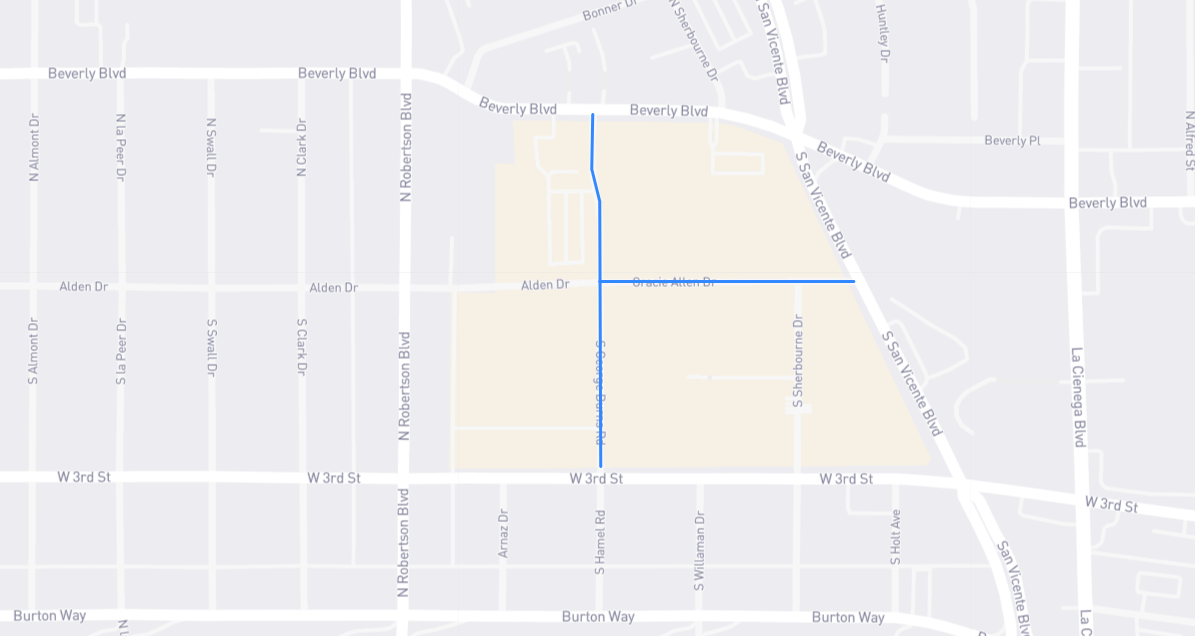