The Wilshire-Fairfax tract was opened in 1923 by Hugh Evans and Harold Gale Ferguson on 285 acres they purchased from the estate of Samuel Rose Hancock, whose family once owned Rancho La Brea. (For more on the Hancocks, see Hancock Avenue.) Several new streets were introduced on this tract: Blackburn, Colgate, Drexel, and Lindenhurst avenues; Maryland Drive; and Orange Street. The latter might have been a nod to Wilshire Boulevard‘s old moniker. Blackburn, Colgate, Drexel, and Maryland are all names of American universities, so I think that’s the connection. (For what it’s worth, the Hollywood-raised Ferguson was a Stanford grad; Evans, an Englishman who later ran a nursery with Jack Reeves, didn’t attend college.) Lindenhurst Ave., which like Orange Street was named a few months after the others, might owe its name to a village on Long Island or a village near Chicago, but I’m not sure. 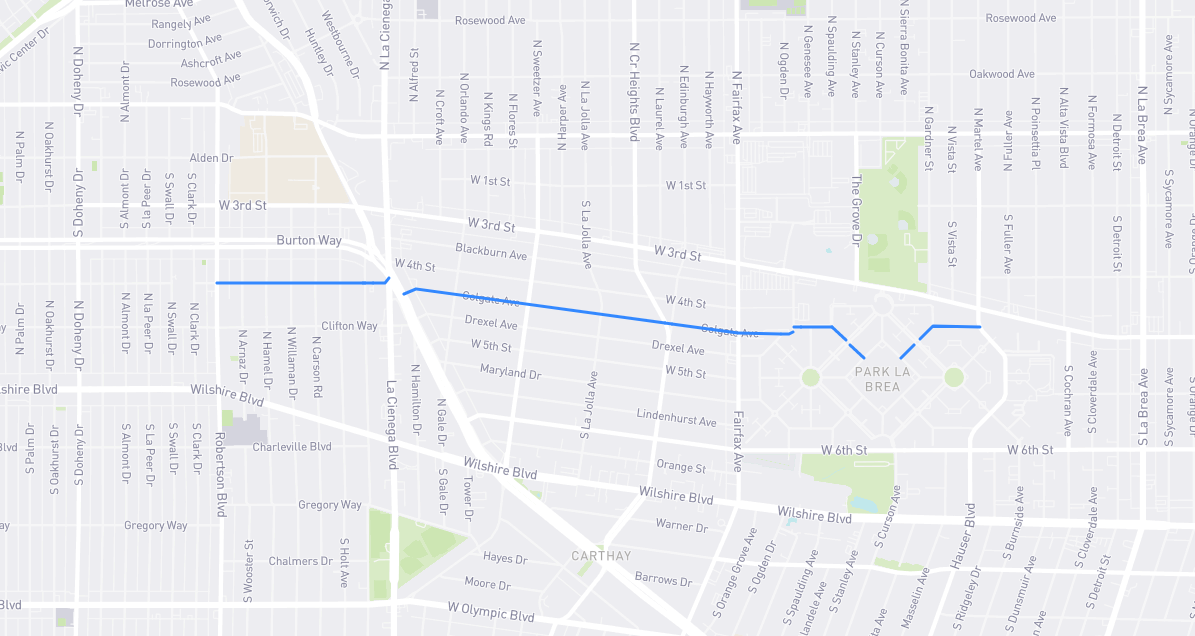