Mathias (1824-1896) and Elizabeth (1830-1916) Schwall were German immigrants who met and married in Illinois in 1847, then came to California in 1865. The Schwalls, whose eleven children anglicized their surname to Swall, hopped around from one farming community to another, with the kids starting their own families and spreading out across the state. (William, the eldest, was a Tulare County pioneer; Mathias Jr. was prominent in Arroyo Grande.) In 1881-1882, Elizabeth purchased 200 acres of the Rancho Rodeo de las Aguas, and she, Mathias, and their youngest sons Joseph (1871-1959) and Lucian (1874-1943) settled along present-day Doheny Drive, their ranch stretching all the way from Sunset to Pico. (Of course the area was all just pasture land back then.) Joseph and Lucian established the Swall tract here in 1901. Swall Drive (then “Street”) was named by 1920: that year’s census had Lucian and his wife Emma living on the road. 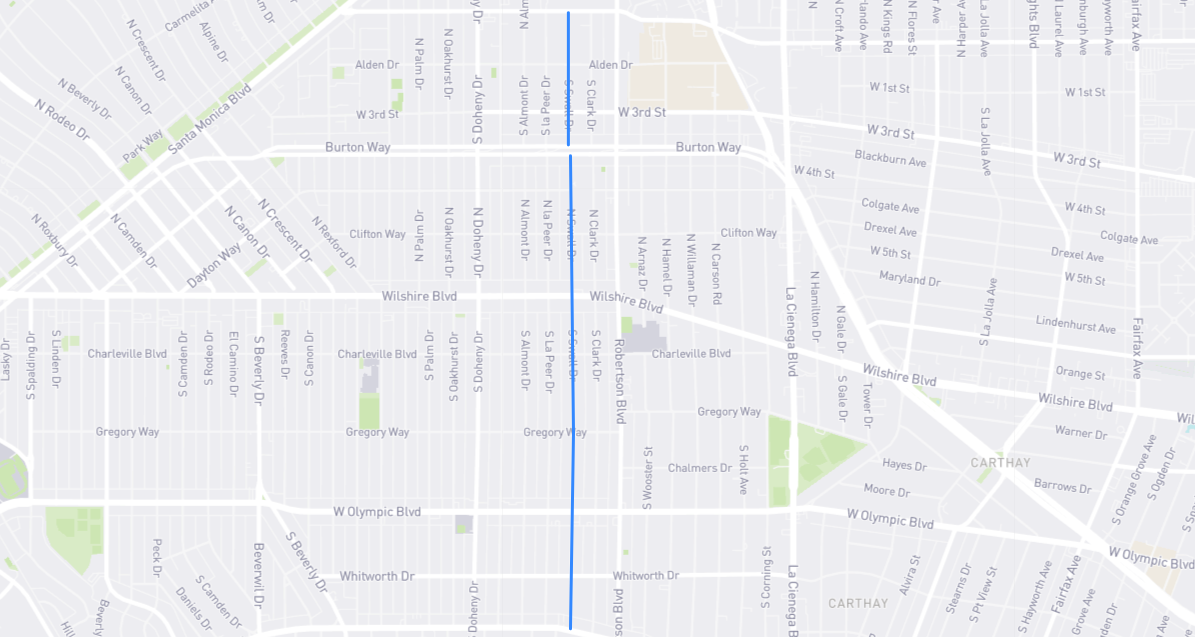