Named indirectly for a British Prime Minister and directly for a failed city. The PM in question: William Ewart Gladstone (1809-1898), whose London intrigues regularly made the news in Los Angeles but who was actually out of office when the town of Gladstone was established south of Azusa in April 1887. (He regained the premiership in 1892.) I found no special reason why Gladstone’s founders chose to honor this man – apparently they just admired him and/or his surname. Gladstone Street was also christened in April 1887, but its namesake town would soon go belly-up, thanks to lawsuits from landowners and bad publicity from the Los Angeles Times. One of Gladstone’s founders, newspaperman Henry H. Boyce, had sold his interest in the Times to publisher Harrison Gray Otis in 1886, but when he started printing the rival Los Angeles Tribune months later, he became an enemy of the merciless Otis, who used the Times to destroy Boyce’s nascent municipality. 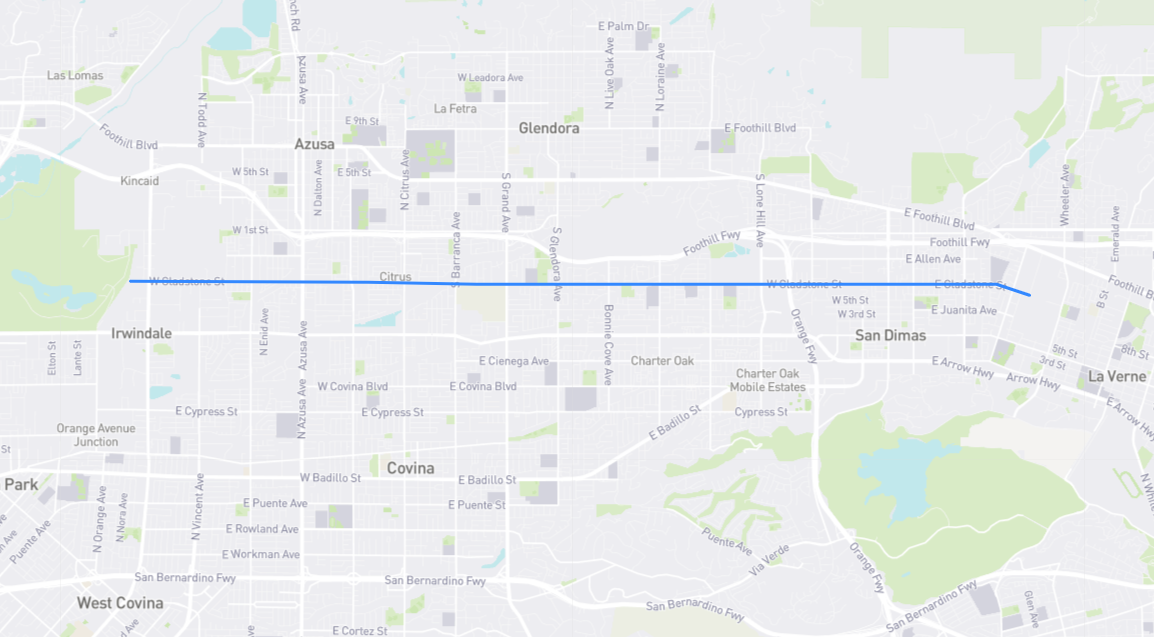