This street is the remnant of a broken dream. In 1923, an automobile manufacturer called Paramount Motors – no relation to Paramount Pictures – was incorporated, its president a fellow named Fred S. Lack (1866-1952), who owned the since-demolished Rex Arms Apartments in DTLA. The company secured 120 acres in Azusa (at the present-day intersection of Paramount Street and Motor Avenue, naturally) for factories and workers’ housing. The residential tract, Paramount Heights, was run by veteran subdivider Lawrence W. Coffee (1876-1957). Paramount Motors completed one building in early 1925, then went out of business; allegedly only three cars were ever built. The building was remodeled to manufacture farm equipment and the handful of people who bought lots in Paramount Heights sued Lack, Coffee, and Azusa itself. The outcome of that lawsuit is unknown, but Coffee emerged unscathed: he went on to found Desert Hot Springs. 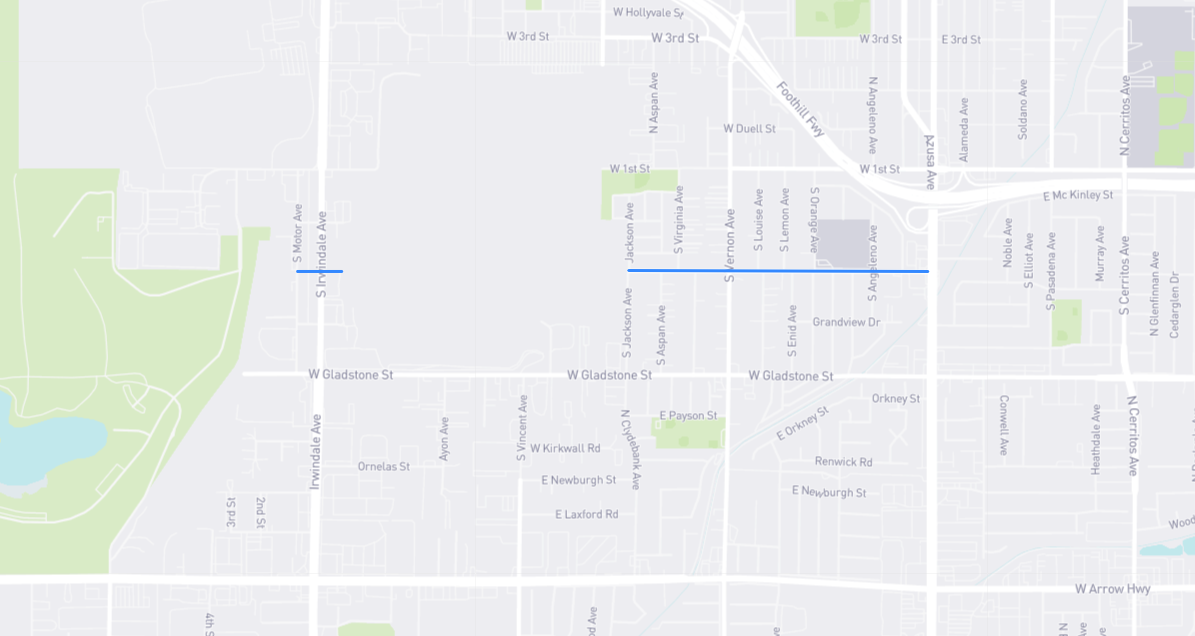