Los Angeles had truly become a car town by 1927, as evidenced by the announcements – mere days apart – that both Firestone and B.F. Goodrich would construct new tire factories here. Officially called the Pacific Goodrich Rubber Company, Goodrich’s $4 million, 45 acre plant opened on this site on May 2nd, 1928; Industrial Avenue would be renamed Goodrich Boulevard within a year’s time. Not long after that, the Compton-grown Samson Tire and Rubber Company opened its own factory due south. Samson’s unique, Assyrian-style buildings were transformed into the Citadel Outlets shopping center in 1990. No trace remains of the Goodrich plant, which was shuttered in 1975. 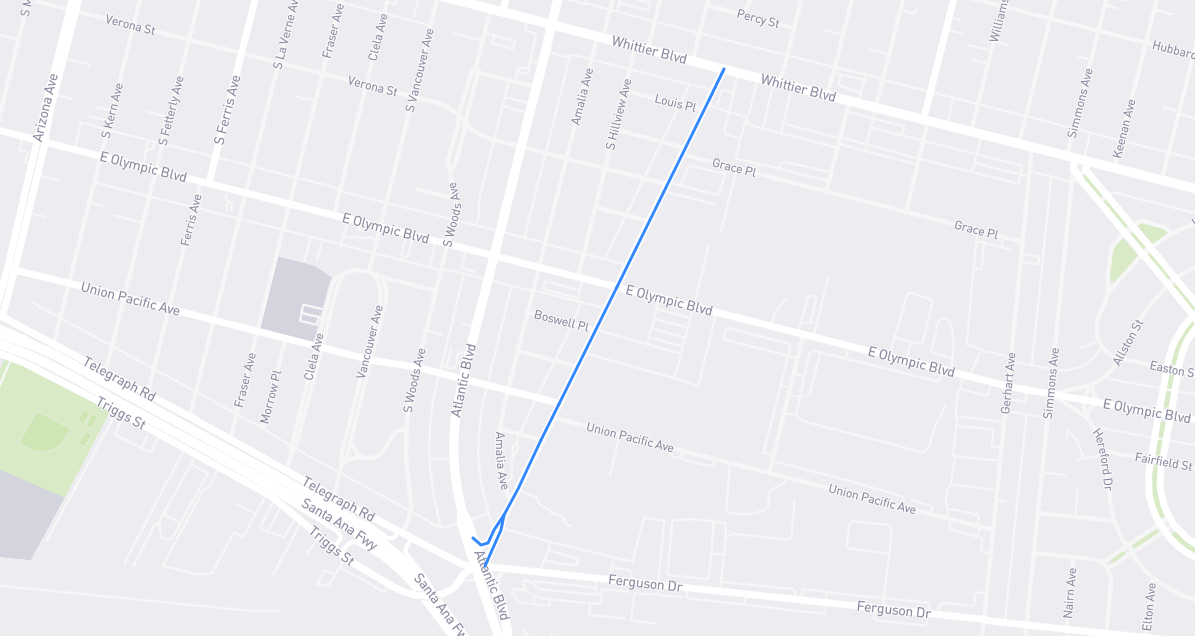