Named for the mega-wealthy Arcadia Bandini de Baker (1827-1912), who owned up to 8,000 acres of the former Rancho San Antonio here. (For more on her, see Arcadia Street.) Her maiden name graced this neighborhood by 1907; when oil interests came to the area in 1920, one drilling company dubbed itself Bandini Petroleum. Bandini Boulevard itself was named around 1924. 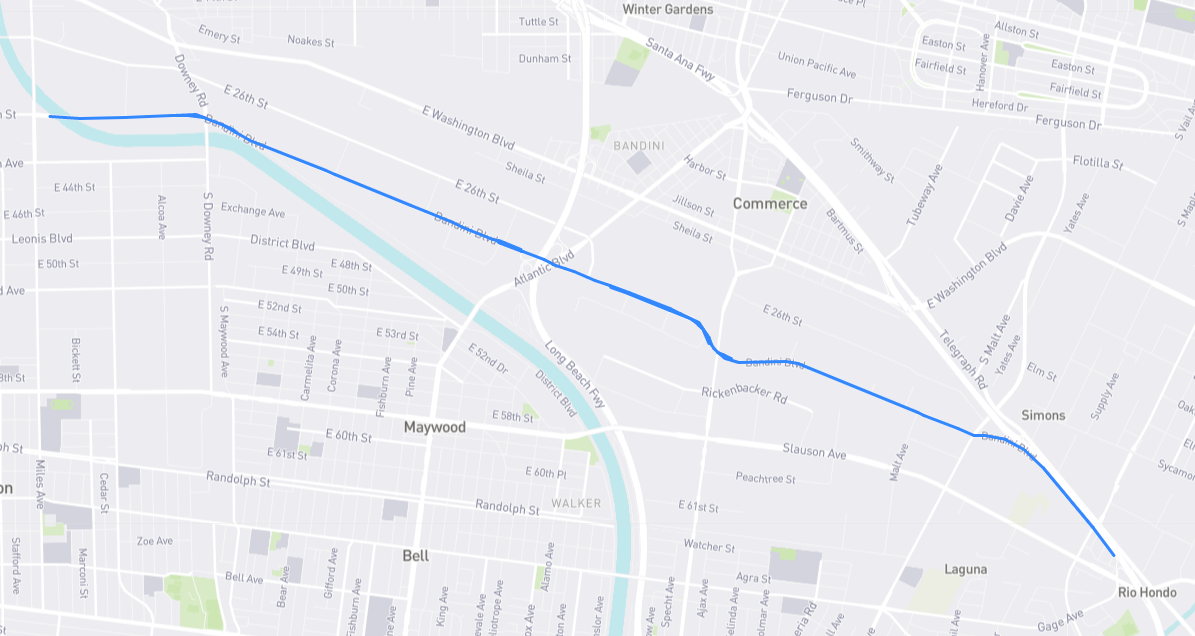