In 1925, a decade before Elvis Presley was even born, Graceland Way was named in Bert Farrar’s Chevy Chase development. Farrar’s wife was named Grace, so there you have it. Grace Farrar (1878-1966) was born in Iowa as Grace E. Laird; not coincidentally, there’s a small cul-de-sac off of Chevy Chase Drive called Laird Drive. She and Bert had three children: Mildred, Geraldine, and Phillip. The family lived on the development’s own Cascadia Drive until the kids grew up and left home. By 1940, Bert and Grace had moved into the swanky County Club Manor apartments on Rossmore Avenue, where they spent the rest of their lives. 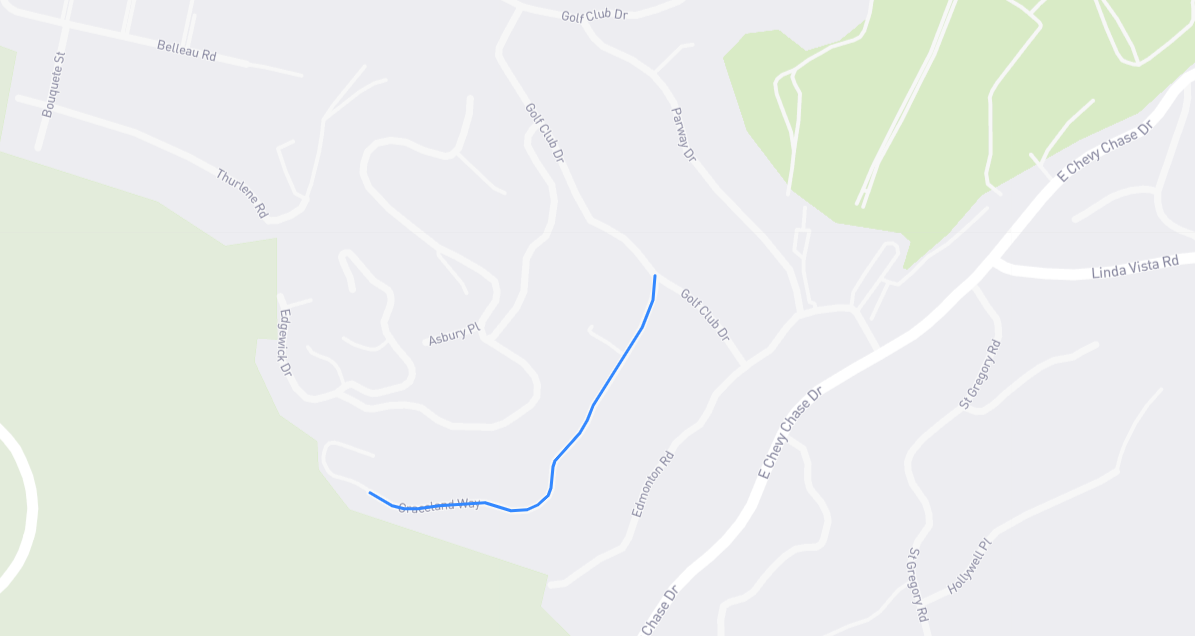