Graynold Avenue, named in 1923, is a portmanteau of “Gray” and “Reynolds”. William Herman Reynolds (1872-1953) and Cyrene Violet Reynolds (née Beers, 1868-1950) owned the northernmost part of this street, once their 20 acre citrus grove. Ella Eliza Gray (1858-1951) co-owned the tract due south. The Reynoldses were a Pennsylvania couple who moved to Glendale c. 1899 and adopted a little girl named Helen. William is credited with clearing the land for Glendale Union High School as well as L.C. Brand‘s estate “Miradero“. Ella E. Gray, née Engle, was an Ohio native who spent many years in Iowa and South Dakota. She came to South Pasadena with her family c. 1909 and left her husband John shortly thereafter. She then served as principal at Marengo Elementary for several years. Her daughter Mary Gray Poore, also a teacher, co-owned the tract and lived on Graynold herself. 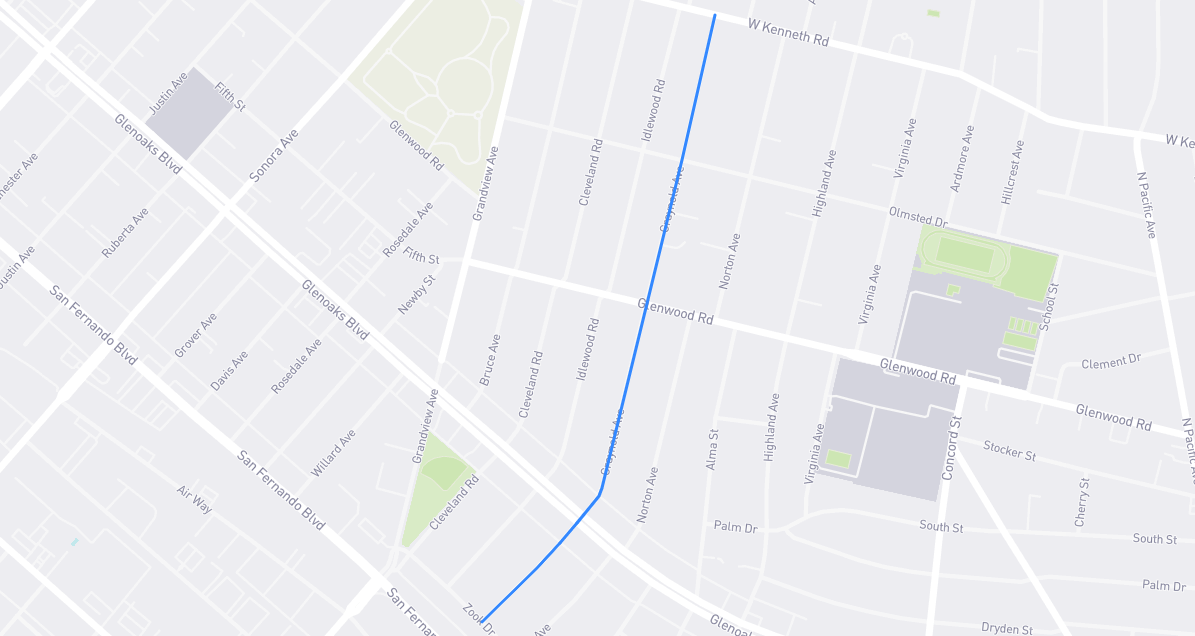