As evidenced by the exotic “Miradero” gateway at its north end, this street takes its name from the nearby 1904 mansion built for Leslie C. and Mary Louise Brand by their brother-in-law Nathaniel Dryden. El Miradero (a.k.a. “Brand Castle”) was inspired by the Indian Pavilion at the 1893 Chicago World’s Fair; Brand, effectively the Maharajah of Glendale, owned over 800 acres here, and even added a private airfield in 1919 so he could be flown to his second home at Mono Lake. Shortly before he died, he donated the bulk of his land to the City, although El Miradero remained in Mary Louise‘s possession until her 1945 death. The house was converted into the Brand Library in 1956. Now, about that name: although miradero is theoretically proper Spanish for “viewpoint” or “lookout”, actual Spanish speakers say mirador instead. It’s not known how or where the Brands got their unusual translation. 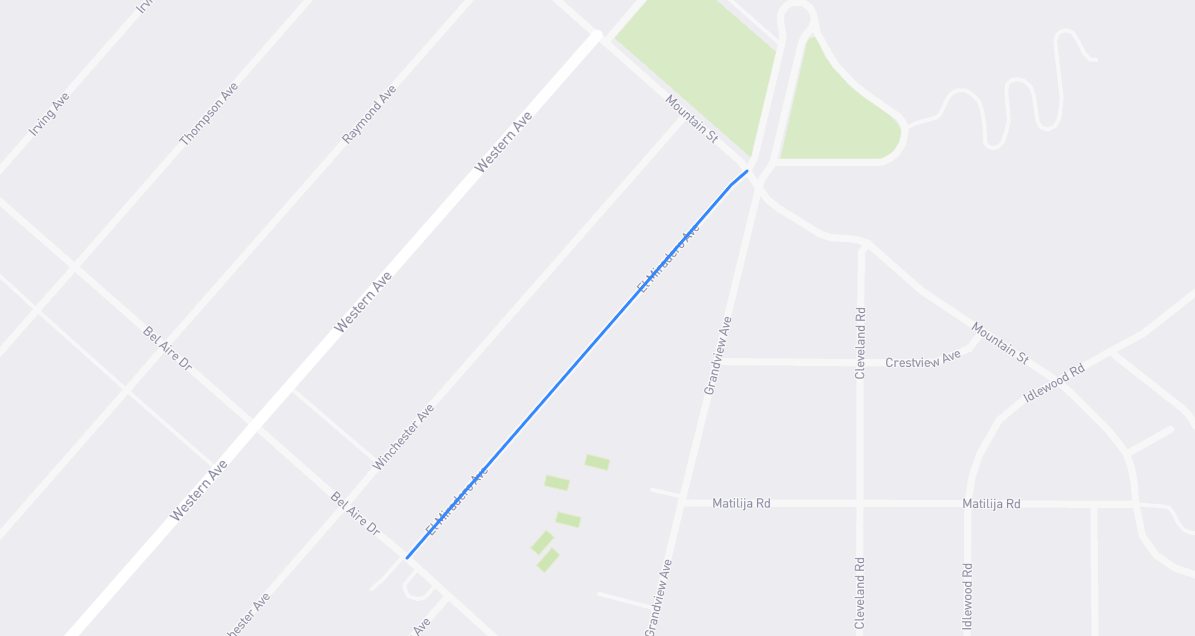