John Greenleaf Whittier (1807-1892) was a Quaker poet and abolitionist. A confirmed bachelor prone to ill health, he spent nearly all his life in his birth state of Massachusetts, save for a couple of short-lived stints editing news journals in Hartford, CT and Philadelphia, PA. The city of Whittier, founded as a Quaker colony in 1887, was named in his honor – see Whittier Boulevard for more – and Greenleaf Avenue was one of its first streets. (Other Quaker-themed street names include Bright, Earlham, Friends, Penn, and Philadelphia.) “Greenleaf” itself is derived from an old French Huguenot name. Whittier’s 1880 poem A Name explains: “The name the Gallic exile bore/St. Malo! from thy ancient mart/Became upon our Western shore/Greenleaf for Feuillevert.” 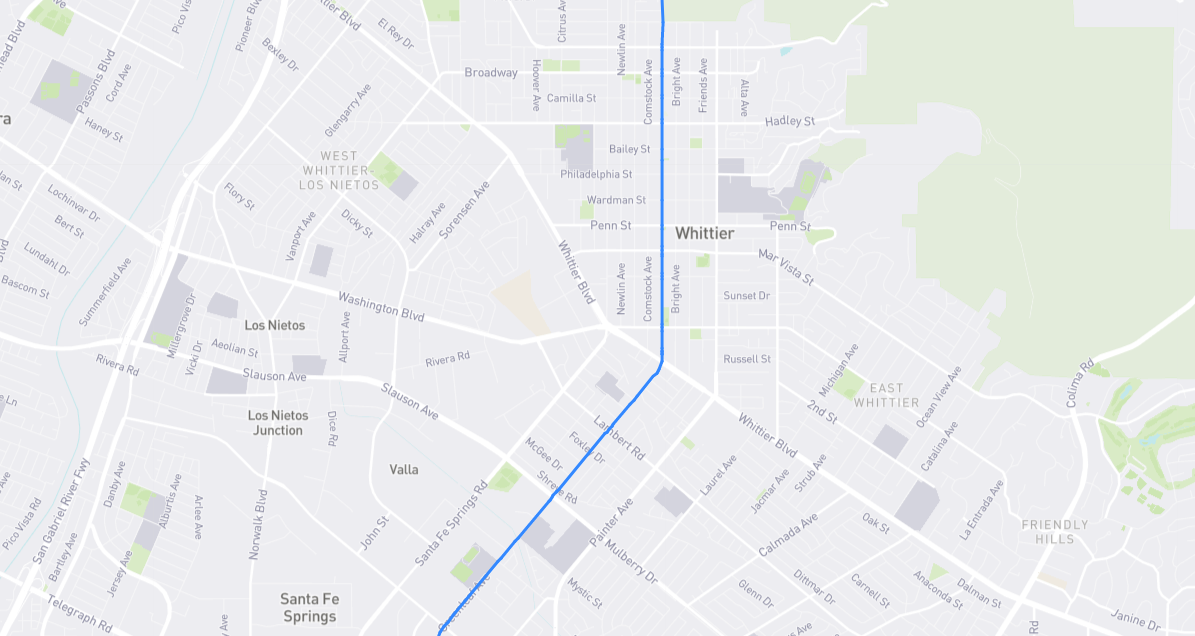