Aquila Pickering and partners originally established Whittier in 1887 as a Quaker community and thus chose Quaker poet/abolitionist John Greenleaf Whittier (1807-1892) as its namesake. It’s said that Mr. Whittier was offered a free plot of land here, should he wish to leave Massachusetts for California, but he was happy where he was and never visited. Instead he suggested that a “little hall” with a “neat little library” be built on his plot – which never happened – then wrote a poem for his eponymous town: My Name I Give to Thee. As for Whittier Boulevard, it was named by 1911. (Whittier Avenue, a separate, Whittier-only street, was named in 1893.) It was gradually extended until it consumed East L.A.’s Stephenson Avenue in 1920. Whittier Boulevard has been an important center of Chicano culture and commerce for many decades. 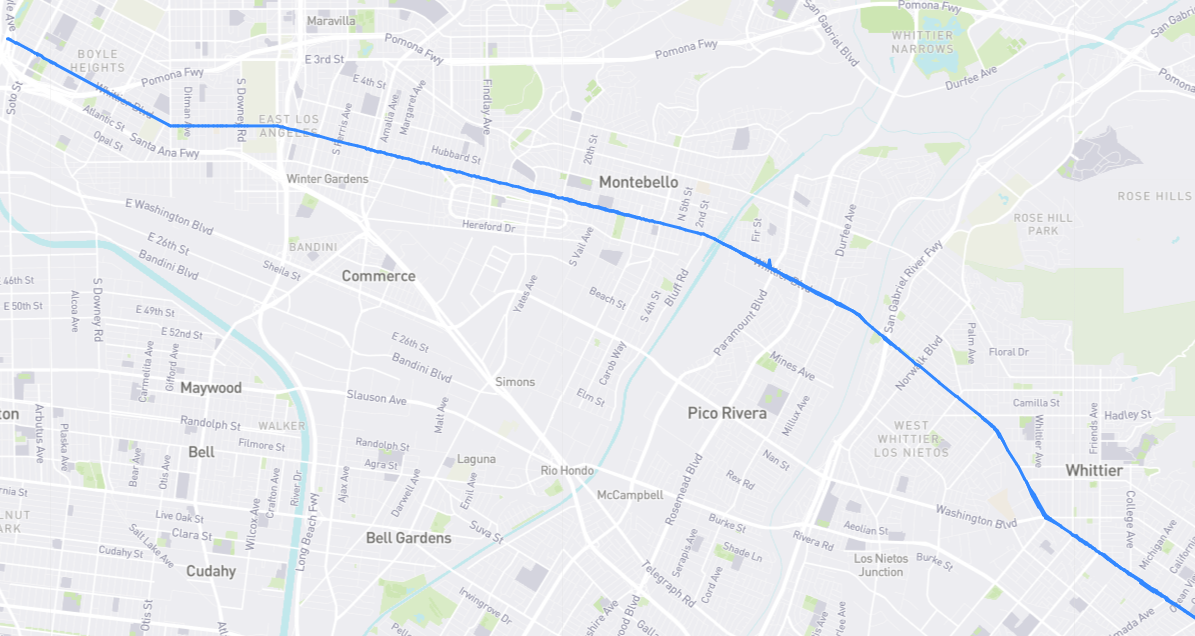