Seemingly named for the famous “Hancock Park” Hancocks who once owned this land – but there’s a snag. First, some background: Henry Hancock (1822-1883) was a Harvard-educated lawyer and surveyor who came to L.A. in 1850 and amassed great power. He married Ida Haraszthy (1843-1913), the daughter of Hungarian aristocrats, in 1863. By that point, Henry had finagled a deal that gave him and his siblings ownership of Rancho La Brea, but he left his heirs in debt when he died. Ida then proved herself a clever steward of the Hancocks’ vast holdings. Assisted by her son George Allan Hancock (1875-1965), she turned the family fortunes around, especially once oil was discovered on their property. She married Judge Erskine Ross in 1909; G. Allan subdivided the family’s remaining land as posh Hancock Park in 1919. Back here in WeHo, in 1906, Ida donated a church organ to the St. Victor Catholic Church around the corner on Holloway Drive – and of course this was old Rancho La Brea land – so it’s easy to argue that Hancock Ave. honors her. But here’s that snag: the street was named on a 1907 tract owned by realtor (and resident) A.A. Barnett. His tract map cited two other owners: Lucie R. Ludlow… and Mary E. Hancock (1848-1926). Born Mary Hardman in Illinois, neither she nor her husband Frederick had any ties to L.A.’s Hancock clan. Did Barnett kill two Hancocks with one stone when he named this street? Beats me, but it’s quite a coincidence. 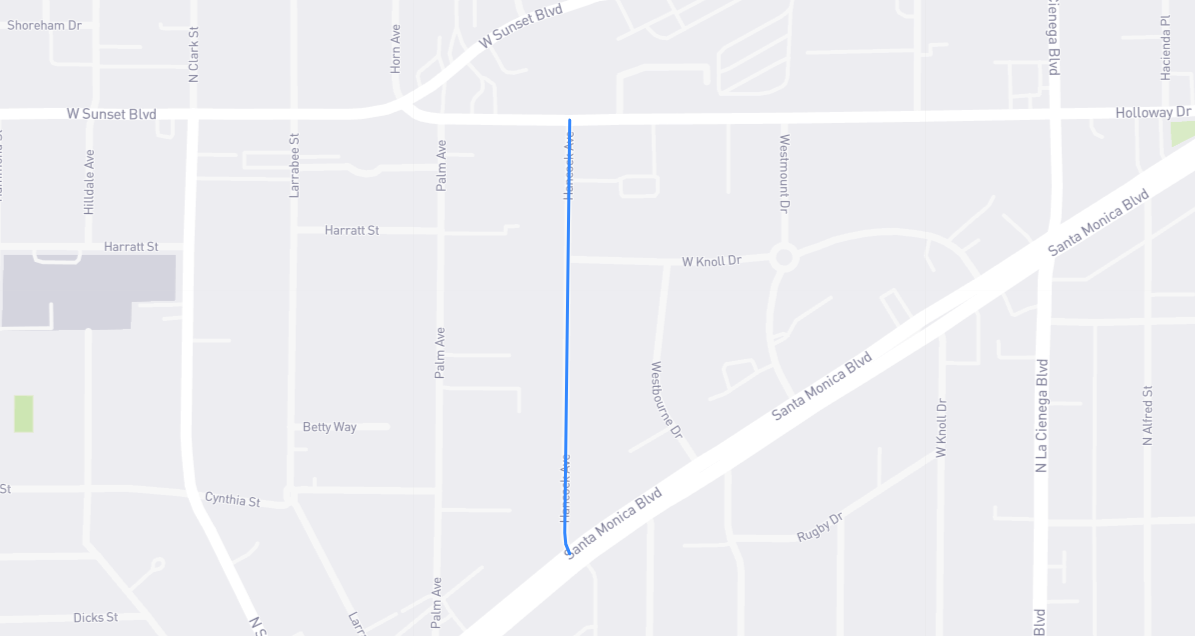