La brea means “the tar” in Spanish, and La Brea Avenue derives its name from the old Rancho La Brea, whose famous tar deposits first coated native canoes, then the roofs of adobes. The rancho was deeded in 1828 to the Rocha family, who, after California’s 1850 statehood, went broke in legal fees trying to prove ownership. Who was owed those fees? The Rochas’ lawyer, Henry Hancock. And who wound up with their rancho as a result? You guessed it: Henry Hancock. This happened in 1860. After Henry’s death in 1883, his son George Allan Hancock discovered oil on the property and bled it dry before developing part of it into pricy Hancock Park. As for La Brea Avenue, in its infancy it was called Plummer Street, after John C. Plummer (c. 1829-1909), an English sea captain who bought 160 acres from Hancock the elder in 1874. (West Hollywood’s Plummer Park is named for the Plummer family.) It was renamed La Brea in 1906, likely by the Hancocks. 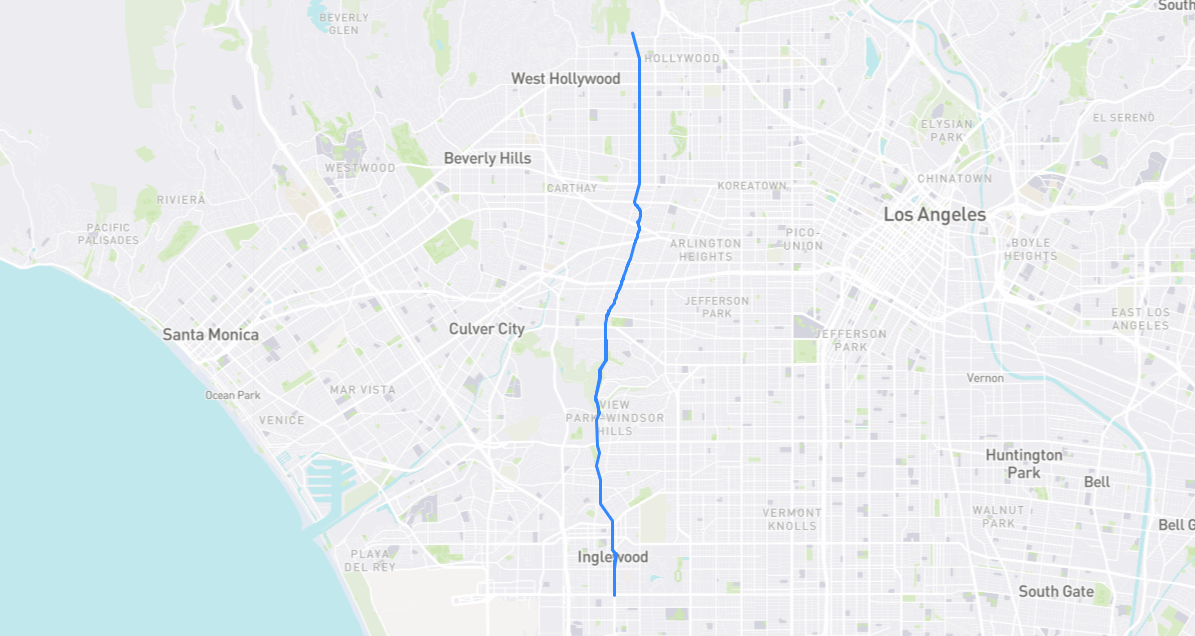