Named for Edwin Harratt (1845-1916), an English carpenter who immigrated to New Haven, CT in the 1870s with his wife Eliza and young daughters Edith and Ida. They came to L.A. around 1893 and bought the land that became Harratt Street around 1902 – Edwin had recently been hired to build streetcars for Sherman and Clark‘s Los Angeles-Pacific Railway, whose yards were located down the hill at the present-day site of the Pacific Design Center. The family lived in the same house on the west end of their eponymous street for decades: Ida and her daughter Maudie Case (1901-1987) were still there in the 1940 census. Sadly, the house was demolished in 2016 to make room for the Edition Hotel. Harratt Street got a small extension between Larrabee and Palm in 1921. 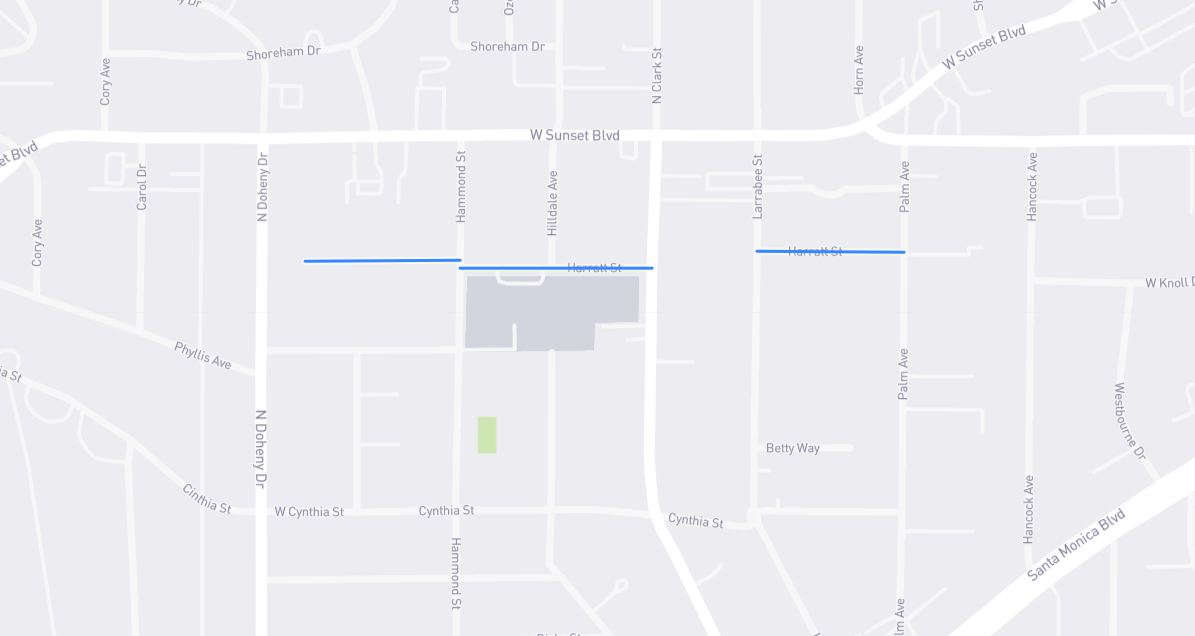