Moses Sherman (1853-1932), the railroad magnate-cum-real estate mogul who put the Sherman in Sherman Oaks and Sherman Way, had the middle name Hazeltine. In fact it was a family name: genealogical records suggest that Hazeltine was the surname of Sherman’s uncle by marriage. (That uncle’s first name? Moses.) Sherman even christened one of his two daughters Hazeltine (later Hazeltine Sherman Keever, 1886-1968), but it’s unclear whether he named this street (in 1911) specifically for her or simply as a nod to his family. Sherman’s other daughter Lucy (1888-1959), whom he named after his sister, has no such eponymous street. Notably, Hazeltine opted to be buried with her father; Lucy did not. 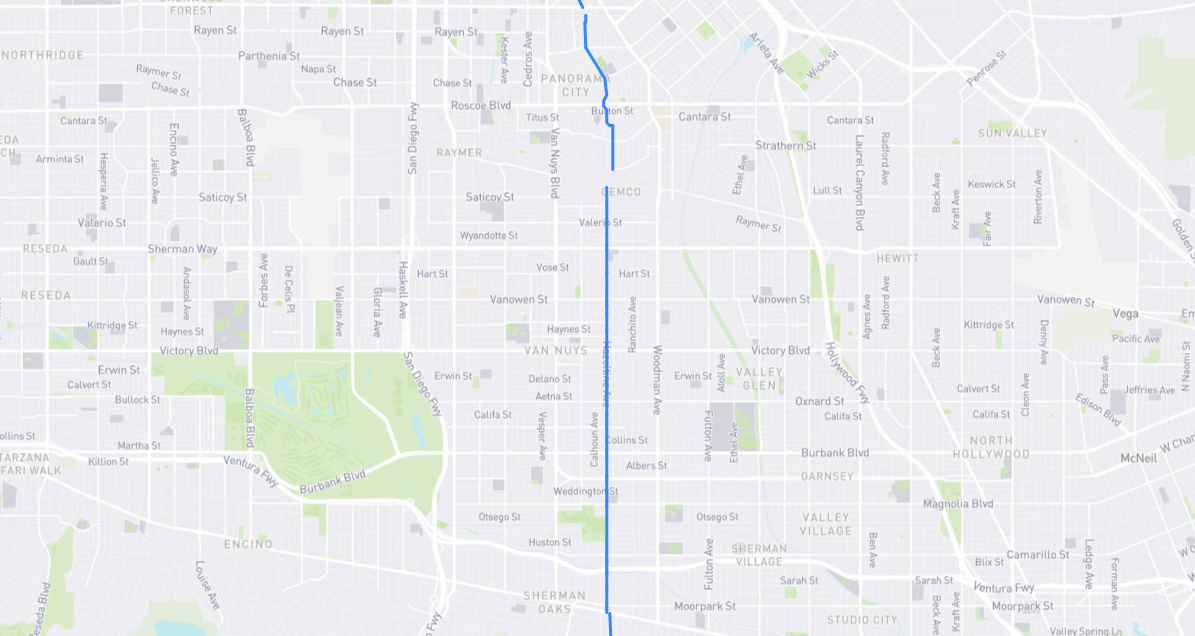