Frank P. Cumpston (1866-1958) was a West Virginia native who, with his Nevada-born bride Cora (1870-1959), settled in Toluca – today’s North Hollywood – in 1892. The Cumpstons opened a hotel and grocery store at present-day Burbank and Lankershim while running a 20 acre farm nearby. In 1897, Frank was offered the position of Toluca postmaster, but passed it on to his father Philoris, a Civil War vet, who held the position for nine years. (Philoris B. Cumpston: now that’s a name.) Sometime after 1906, the Cumpstons moved to L.A. proper to raise their kids Jasper and Arizone (not a typo). Frank worked as a mail clerk for the Santa Fe Railway until 1936. Cumpston Street was christened in 1910 because the locals got tired of calling it Ninth Street. 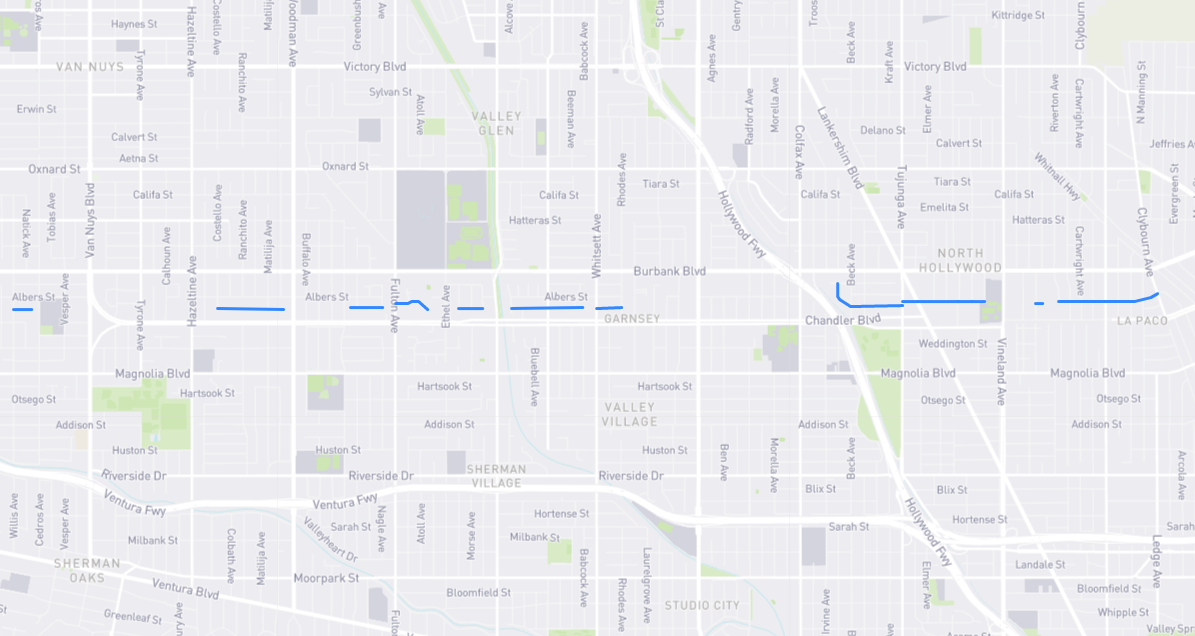