Named after Helms Bakeries, which operated here from 1931 until 1969. (The buildings still stand.) Before 1935, Helms Ave. went by two other names: south of National it was called Patricia Street, possibly in honor of Harry H. Culver‘s daughter; north of National it was Partenico Street. The bakery was owned by Paul Hoy Helms (1889-1957). Born in Kansas, Helms lost his mother as a child; some claim his uncle, the legendary deaf MLB player William “Dummy” Hoy, raised him in Ohio, but records show that Helms grew up in Buffalo, NY. After graduating from Syracuse University in 1912, Helms entered the bakery industry, and by 1925 he was running New York’s General Baking Corporation, the largest such concern in the world. Helms made a ton of dough, as it were, but health problems (and/or an antitrust suit) forced him to retire early and head to L.A., where his father Elmer was pastor of the First Methodist Church. Retirement didn’t last long, and Helms bread – available by delivery only, never sold in stores – soon took over the Southland, especially after Helms became the official bakery of the 1932 Summer Olympics. Paul H. Helms was also remembered for his contributions to college athletics. 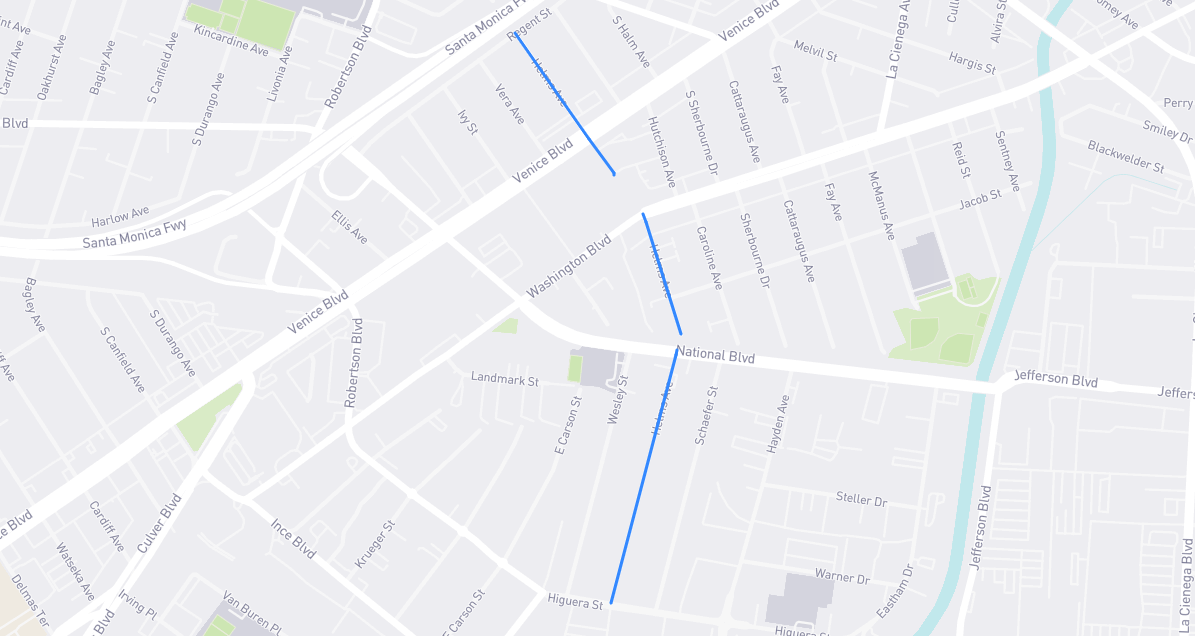