For all the movie studios to have operated in Culver City, Studio Drive is named for one that didn’t: United Artists. In January 1927, UA purchased 16 acres at the southeast corner of Jefferson and Overland for an “auxiliary” lot. (Their main lot was on Santa Monica and Formosa.) Six months later, Studio Drive appeared on the other side of Overland, on a tract owned by people who had nothing to do with the studio. Pickford Way and Fairbanks Way were also laid out on the tract, honoring silent screen stars Mary Pickford and Douglas Fairbanks, who had founded UA in 1919 with Charlie Chaplin and D.W. Griffith. (Griffith had left UA by 1927, but one wonders why the street west of Fairbanks is a weirdly isolated extension of Westwood Boulevard and wasn’t named “Chaplin Way”.) That UA outpost was never built, but the streets kept the names. 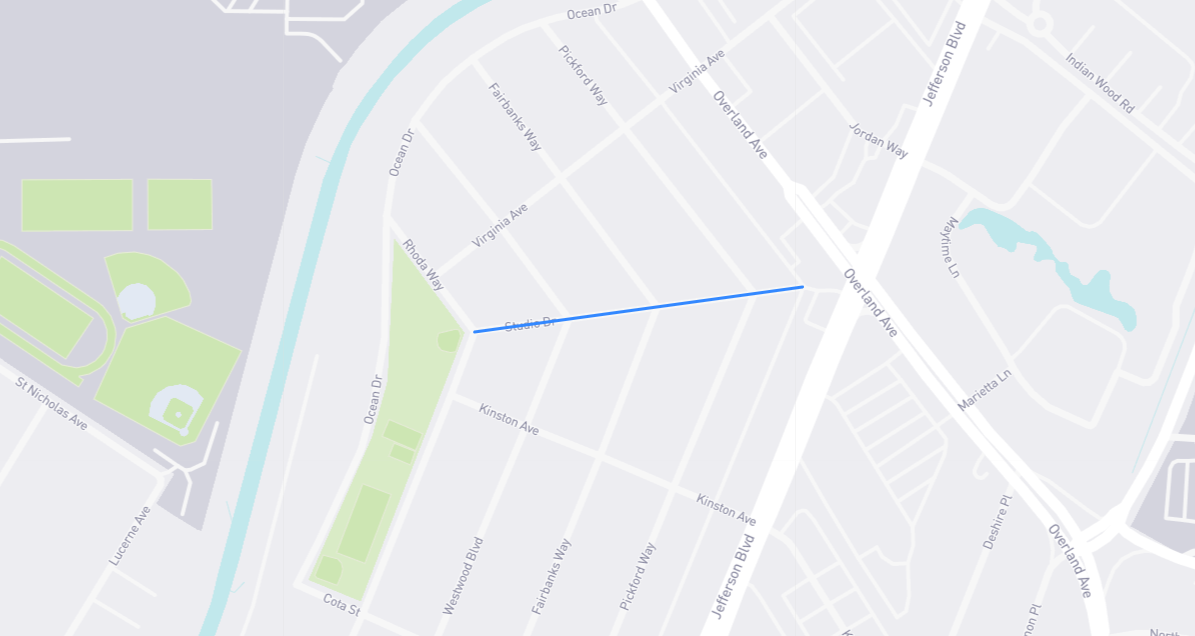