Holmby Ave. and Holmby Hills are named in memory of department store king Arthur Letts (1862-1923), who once owned this land. “Holmby” is a derivation of Letts’s birthplace in Northamptonshire, UK: Holdenby. The ambitious Letts left England for Toronto at 21, where he learned the mercantile trade. He came to L.A. in 1896 and made his fortune by reviving The Broadway department store and bankrolling Bullocks. A pillar of society, Letts lived in a stately Los Feliz mansion dubbed Holmby House. He also used the “Holmby” name for his business interests. In 1919, Letts bought the 3,296 acre Wolfskill Ranch; less than a year before his death, he sold the land to Harold Janss (his son-in-law) and Edwin Janss, who soon began developing it as Westwood. (The Holmby Corporation retained a stake.) When Letts died after a “nervous breakdown from overwork”, he was eulogized across the city. The Jansses then named this neighborhood and street after Letts’s house and business. 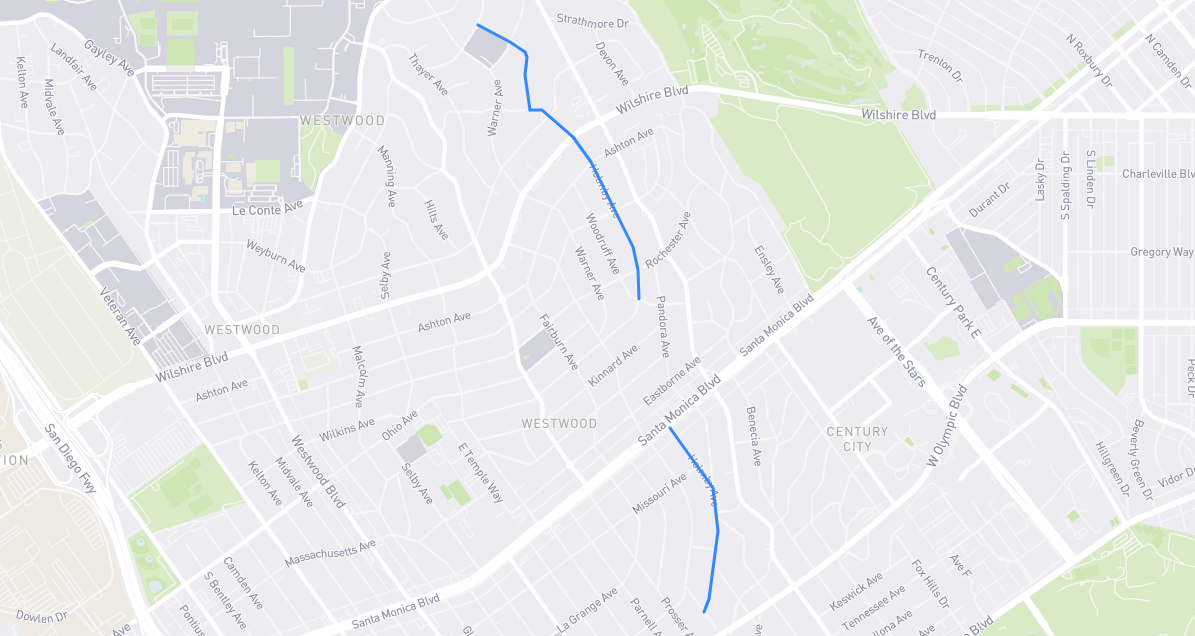