Westwood was once part of the 3,296 acre Rancho San Jose de Buenos Ayres (sic), first deeded to José Maximo Alanis (c. 1761-1851) in 1843. John Wolfskill Jr. (1836-1913) bought the rancho in 1884 and notoriously refused to give any of it up to developers. Finally, in 1919, his heirs sold it for $2 million to Arthur Letts, the Englishman behind The Broadway department store. (See Holmby Avenue for more on him.) Three years later, in the grand L.A. tradition, Letts flipped the property, selling it to the Janss Investment Corp. for a cool $7 million. (As Letts’s daughter Gladys was married to Harold Janss, one may wonder about the inflated price.) The Jansses announced the Westwood subdivision just two weeks after the purchase, promoting it as a “Second Hollywood” – hence the name. In 1925, the Jansses “donated” 375 acres (that is, they sold the land at cost to Beverly Hills, Santa Monica, and Los Angeles, who then donated it) for the establishment of UCLA, thus ensuring a steady stream of business into their Westwood Village development, which they opened in 1929. 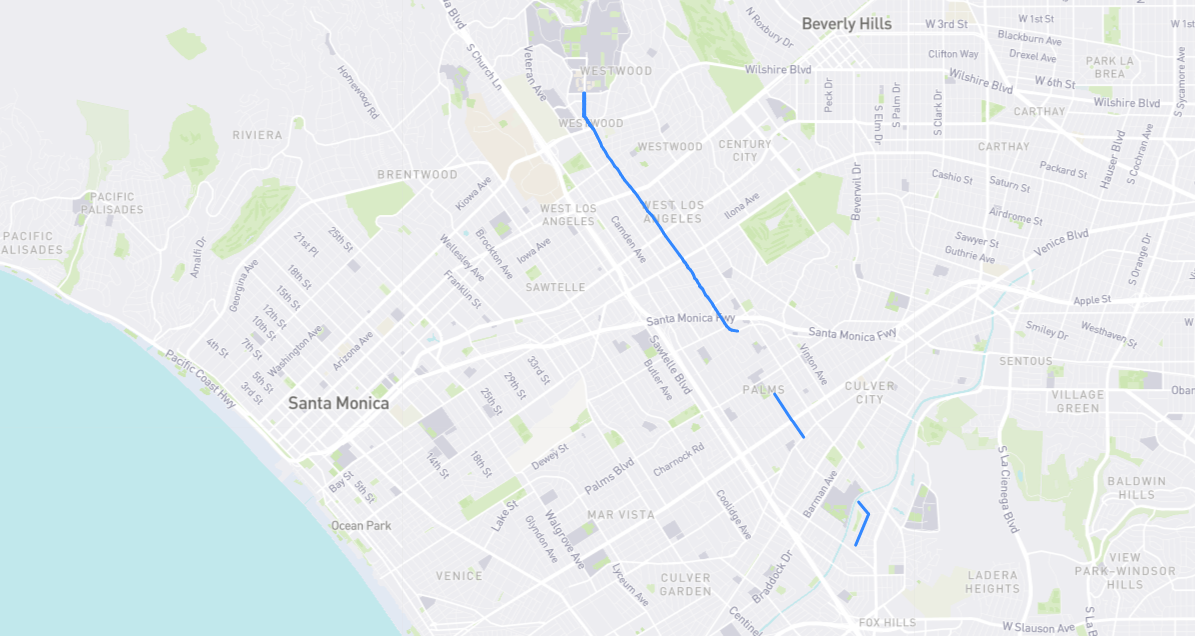