This street either has a controversial namesake or it doesn’t. Let me explain. Herbert Bismarck Foster (1885-1968), who helped lay out the UCLA campus, named the streets around it for his old UC (Berkeley) professors. Among those was Joseph Nisbet LeConte (1870-1950), a professor of mechanical engineering. But Joseph LeConte Senior (1823-1901) was also at Cal – he was a professor of geology – and he has become persona non grata of late. Despite cofounding the Sierra Club and being an early champion of evolution, LeConte was also an old Southerner who had owned slaves and who promoted white supremacist ideologies after the Civil War. For these reasons there have been calls to rename the street, even though LeConte was dead before Foster attended Cal, and Foster had made it clear in a 1960 interview that he named the street for “Little Joe LeConte”, the noncontroversial son. None of this explains why the street has a space between “Le” and “Conte”. 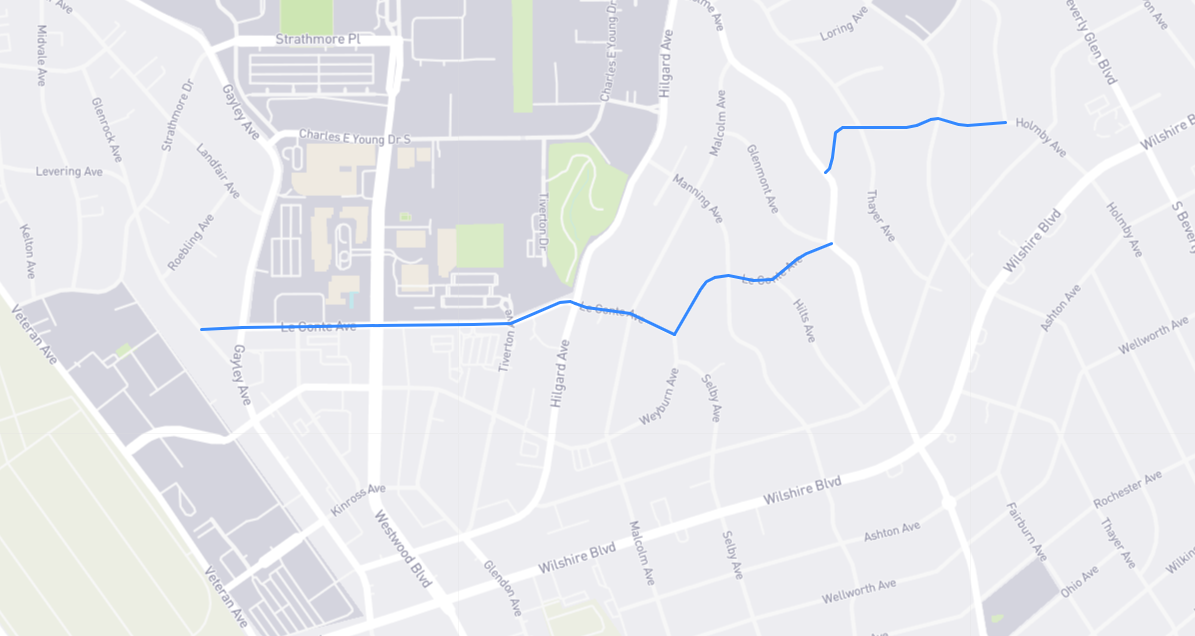