Montrose’s main drag was born in 1895 as a simple dirt road. It was christened by Dr. Lyman Sinclair Thompson (1845-1915), a physician, pharmacist, and fruit grower who for many years divided his time between the Hawaiian Islands – hence this street name – and Southern California. Born in Maine, Dr. Thompson and his first wife Rachel were in Hilo when their son Lambert was born in 1877. Rachel died two years later and Lyman married his second wife Grace in 1882. The Thompsons came to Los Angeles in 1888, with newspapers showing Lyman owning property here in “Crescenta Cañada” in 1894. Like her predecessor, Grace Thompson was not long for this world: she died from pneumonia in 1899 at the tender age of 38, just two weeks after she wrote an article about Hawaii for the L.A. Times. She and Lyman had one additional son, Laurence. Dr. Lyman Thompson died in Hawaii but is buried with Grace in Los Angeles. 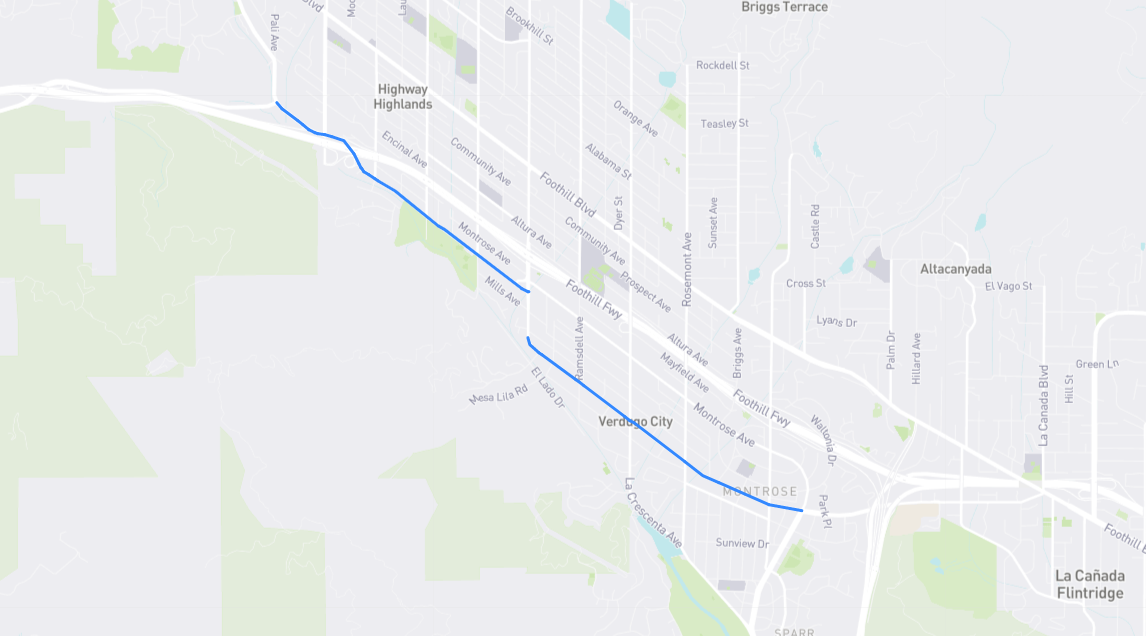