The Montrose townsite was set up in 1912 by the Holmes-Walton Company, run by real estate mogul Robert A. Walton (see Waltonia Drive). His erstwhile partner Frederick A. Holmes had actually left the firm in 1908. At any rate, in order to publicize his new development, Walton staged a “name that town” contest that reportedly received nearly 7,000 submissions. The winning entry was revealed on Christmas Eve, 1912. As nine different entrants had suggested “Montrose”, one was picked at random: Homer C. Brown, who was given the choice between a lot in Montrose or a cash prize of $650. He took the cash. The ad announcing the winning name said that Montrose “suggests a high altitude as well as the beauty of floral growth which will be so prominent a feature of the new town”. In short: “Mount” + “Rose” = “Montrose”. 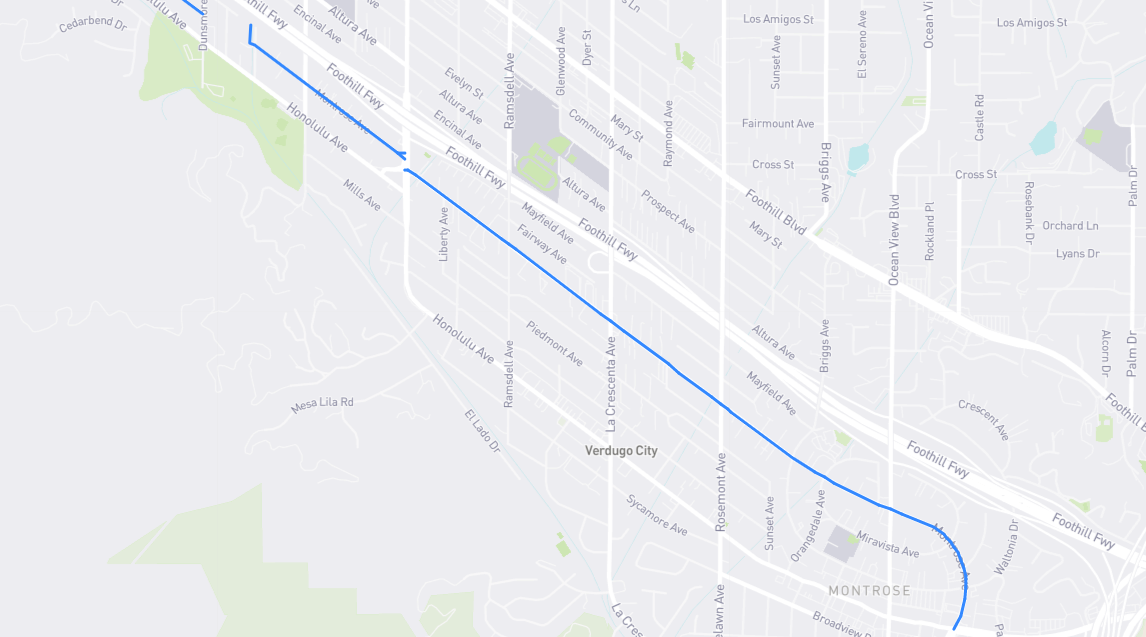