Verdugo may be Spanish for “executioner”, but the Verdugo honored by this street is José María Verdugo (1751-1831), who wasn’t a hangman but a Spanish-Mexican soldier. Verdugo, who moved from Baja to Alta California in 1769, was corporal of the guard at Mission San Gabriel. In 1784, he was granted Rancho San Rafael, a 36,403 acre expanse covering today’s Verdugo Mountains, from Pasadena to San Fernando. Upon his death, Verdugo’s daughter Catalina (1792-1871), blind from a childhood bout with smallpox, inherited the northern half of his property – present-day Burbank, Glendale, and Eagle Rock; her adobe still stands as the oldest building in Glendale – while son Julio (1789-1876) inherited the southern half: today’s Atwater Village, Glassell Park, Highland Park, and Mount Washington. Julio’s default on a loan led to a massive lawsuit that led to the Verdugo holdings being divvied up in the so-called “Great Partition”. Showbiz footnote: actress/singer Elena Verdugo (1925-2017) was a descendant. 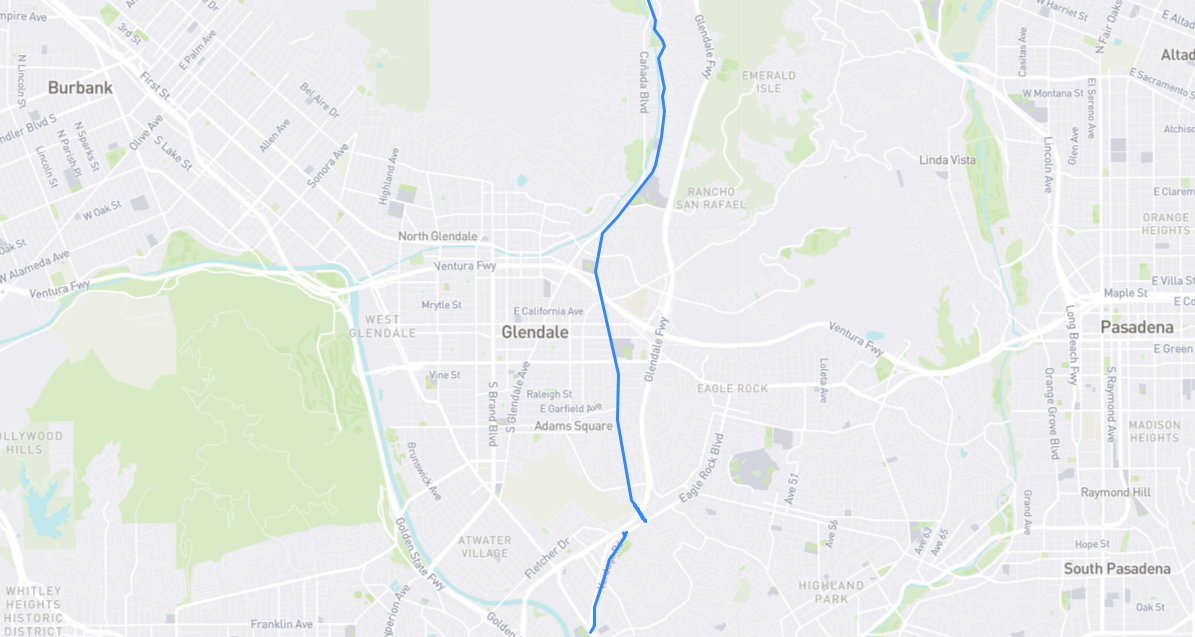