In 1997, the northernmost block of San Pedro Street, on the outskirts of Little Tokyo, was renamed in honor of John Fujio Aiso (1909-1987). Born in Burbank to Japanese immigrant parents, Aiso received his law degree from Harvard in 1934. During World War II, Aiso’s work in teaching Japanese to American officers earned him the rank of major in the U.S. Army; that made him the highest-ranking Japanese American in the war. (He was ultimately ranked lieutenant colonel.) Aiso was appointed to the California State Judiciary in 1968. He died shortly after being mugged at a Hollywood gas station. 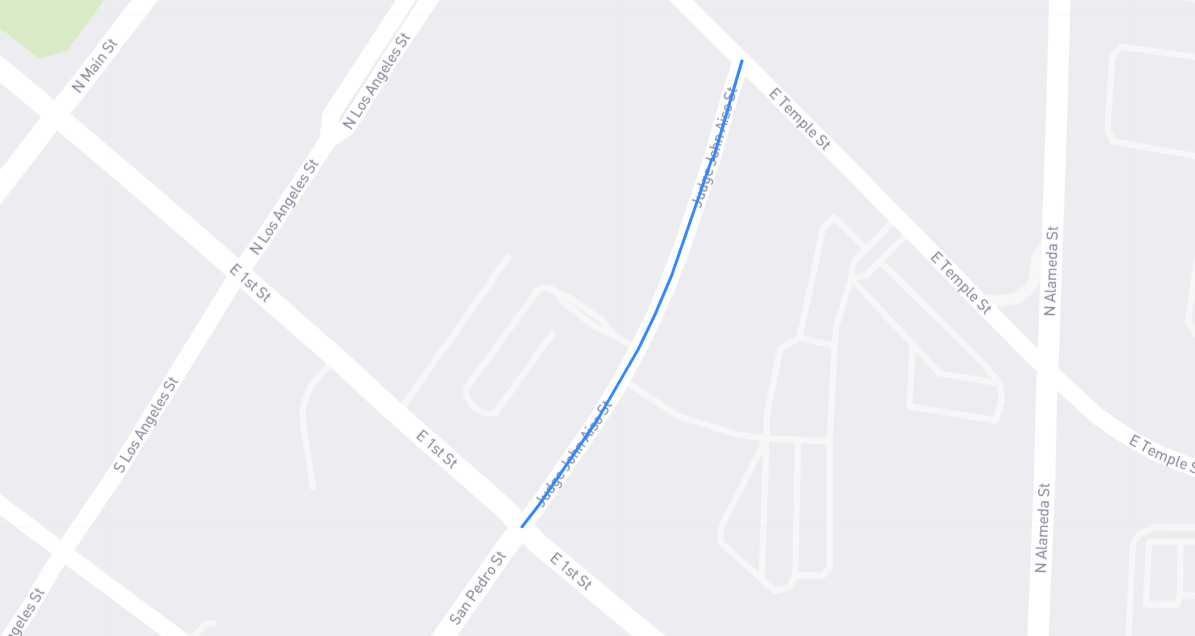