Juan Rodríguez Cabrillo didn’t christen San Pedro Bay in 1542 – he called it Bay of the Smokes and/or Bay of the Fires. Later explorer Sebastián Vizcaíno didn’t name it either: he dubbed it San Andrés in 1602. (He did however name Santa Catalina Island.) The most likely story is that Admiral José González Cabrera Bueno read Vizcaíno’s diary, noted that the bay was named on November 26th – the feast day of Saint Peter of Alexandria – and, correcting what he felt was Vizcaíno’s mistake, wrote down “San Pedro” in his 1734 treatise Speculative and Practical Navigation. At any rate, that’s where it first appeared in terms of a SoCal place name. Fifty years later, the Spanish Crown deeded the 75,000 acre Rancho San Pedro to Juan José Domínguez; his family would own it for generations. A port at San Pedro was operating by the 1830s. San Pedro Street itself was named by 1853, obviously because it connected Los Angeles to San Pedro. It doesn’t anymore: it merges into Avalon Blvd. just north of Alondra. 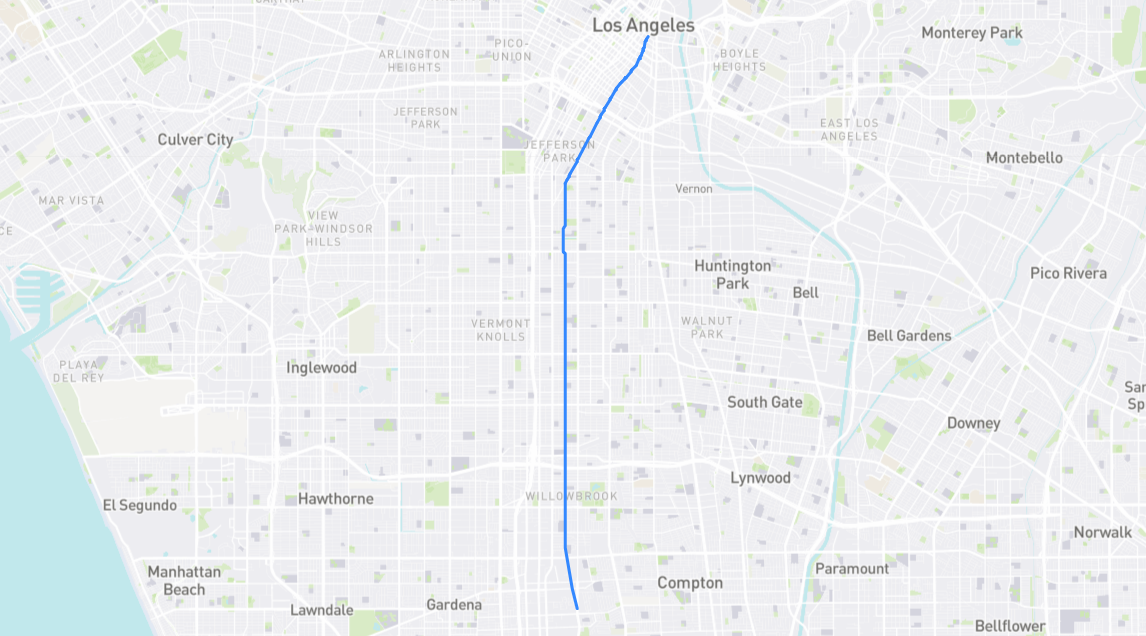