Lancaster originated as the name of a Southern Pacific railroad station, likely in 1876; the first mention I found was in March 1877. Unfortunately, there’s no clue as to who or what the station was named after. At any rate, a fellow named Paul F. Brown enlisted Los Angeles real estate maven Moses Langley Wicks to develop the townsite of Lancaster (briefly known as “Antelope Colony”) around the station in late 1883. I found no further information about Paul F. Brown, but Wicks could rightly be called the Father of Lancaster. He may have even named its first streets – including Antelope Avenue, now part of Sierra Highway. As for Lancaster Boulevard, it was born plain old 10th Street (while today’s 10th Street West was plain old “County Road”). It was rechristened c. 1952. 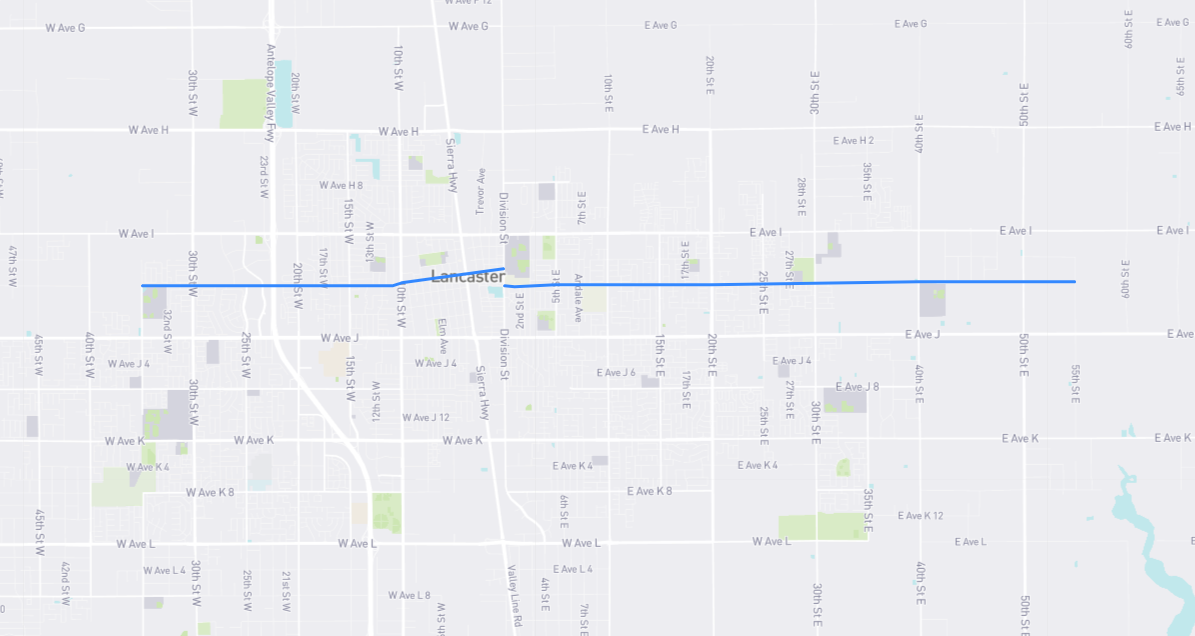