The space shuttle Columbia, built next to present-day Columbia Way at Air Force Plant 42, had its debut launch on April 12th, 1981, making it the first of NASA’s five operational space shuttle orbiters to fly in space. (The prototype shuttle Enterprise was never launched.) On February 1st, 2003, at the end of its 29th mission, Columbia broke apart upon reentry, killing all seven crew members. L.A. County supervisor Mike Antonovich, who took eight days after the 1986 Challenger disaster to ask that 10th Street East be renamed Challenger Way, was even quicker on the draw this time: just three days after the tragic loss of Columbia and her crew, he proposed changing Avenue M to Columbia Way. The street currently goes by both names. 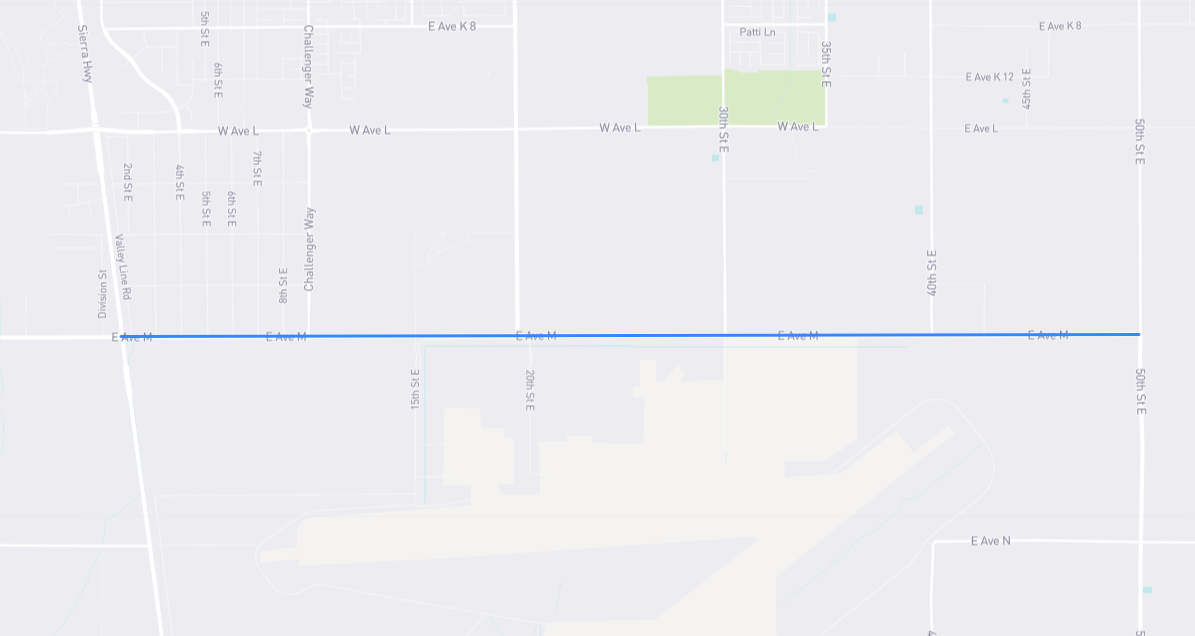