On January 28th, 1986, the space shuttle Challenger, embarking upon its tenth mission, exploded shortly after launch, killing all seven crew members (one of whom has a namesake street in Little Tokyo). Eight days later, Los Angeles County supervisors – led by Mike Antonovich, who represented the Antelope Valley region – asked that Lancaster’s 10th Street East be renamed Challenger Way, to honor the late astronauts. Not coincidentally, the street was where space shuttles were transported from their place of construction (Rockwell International’s facilities at Air Force Plant 42) up to Edwards Air Force Base, after which the shuttles would piggyback upon jumbo jets to the Kennedy Space Center in Florida. The street was officially dedicated on April 4th, 1986. In 2003, a similar tragedy gave us Columbia Way. 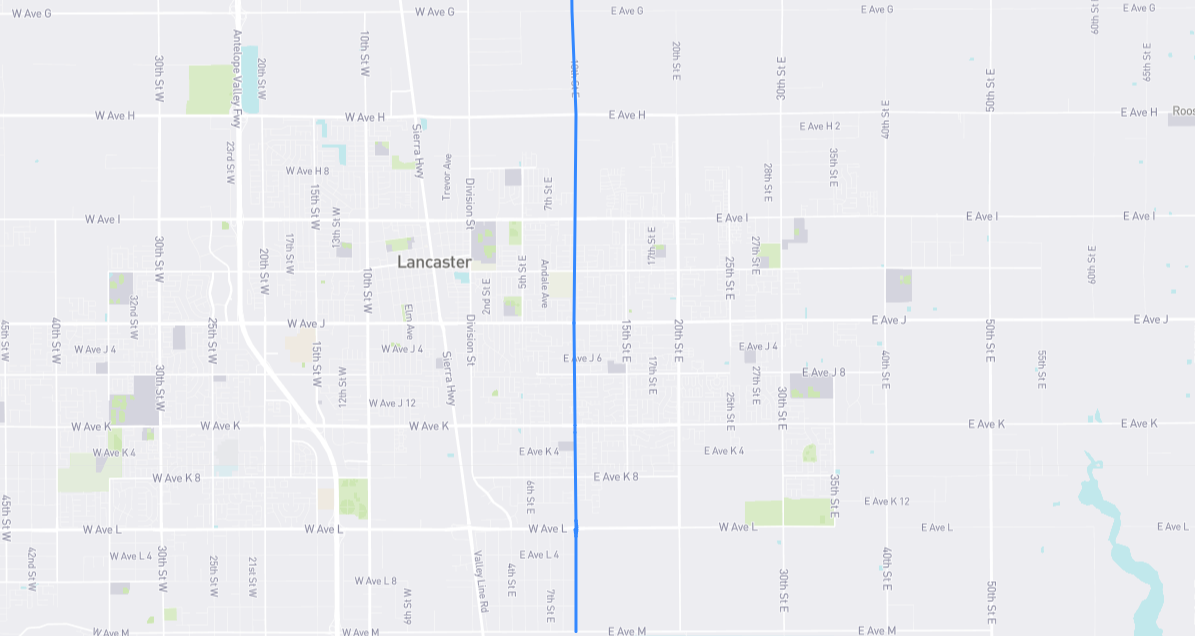