The gated community of Laughlin Park gets its name from dinnerware king Homer Laughlin (1843-1913), who once owned this land. Laughlin grew up in the East Liverpool, OH/Newell, WV area, an epicenter of the American ceramics industry. After fighting in the Civil War, he founded Laughlin Bros. with his brother Shakespeare(!), then went solo in 1877 and established the Homer Laughlin China Company, which operates in Newell to this day. Laughlin began visiting and investing in Los Angeles in 1892; downtown’s Homer Laughlin Building was completed in 1898, the same year Laughlin himself settled here for good. (The building is home to Grand Central Market.) Laughlin’s Los Feliz property was subdivided as Laughlin Park in December 1912, just a month before his death. 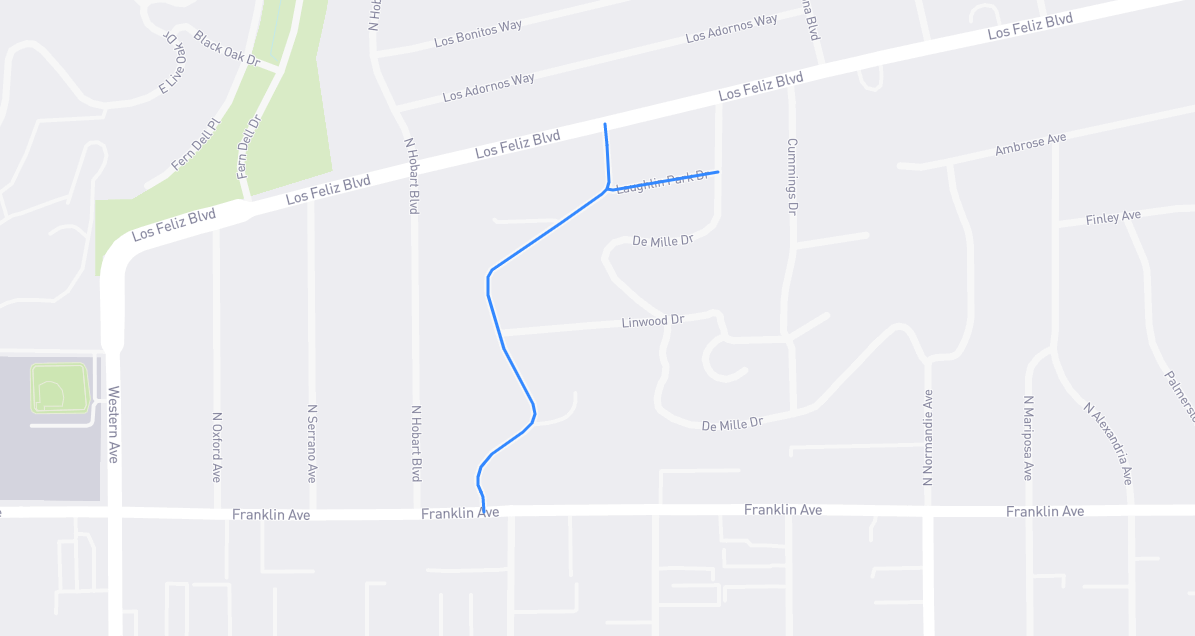