The vast majority of Prospect Avenue was rechristened Hollywood Boulevard in 1910, but a modest chunk of the old Prospect still remains. One source says it was named by a former prospector (get it?) named John Bower, who in 1872 bought a parcel of land in the Cahuenga Valley – today’s Hollywood. I haven’t found any other sources that support or refute this claim, but I can say that Los Angeles had at least three Prospect Avenues in the late 19th century; this one was first mentioned in the press in 1887. 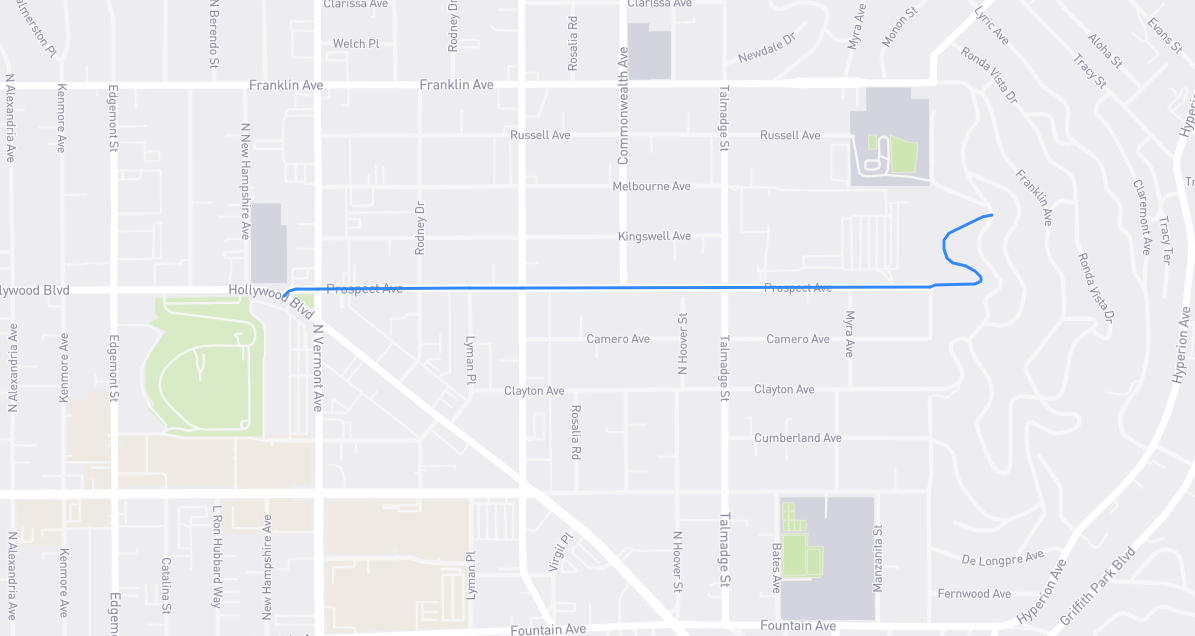