Let’s get one thing straight: Los Feliz does not mean “the happy”. Although feliz does mean “happy” in Spanish, this street and neighborhood were named for a family – happy or not, who can say? José Vicente Feliz (c. 1741-1822) was a Mexican soldier who is said to have led the very first settlers – the 44 pobladores – from Mission San Gabriel to Los Angeles in 1781. For his efforts, he was awarded a land grant here, which he named El Rancho de Nuestra Señora de Refugio de los Feliz, a.k.a. Rancho los Feliz. In short, los Feliz means “the Feliz family”. Griffith J. Griffith eventually bought the rancho, and Los Feliz Road was born in 1889; it was widened into a proper boulevard in 1912. Now, about that pronunciation: longtime locals say “loss FEE-liz”, younger transplants say “lohs fuh-LEASE”, and some split the difference and say “lohs FEE-liz”. Who’s right? Depends on what you mean by “right”. 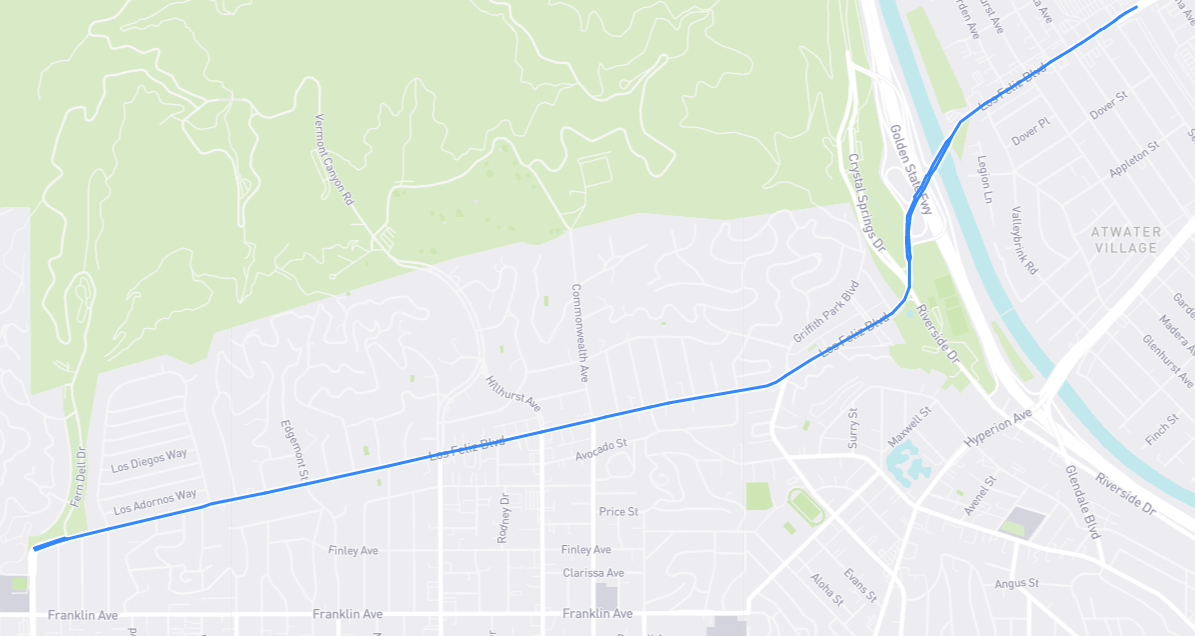