Alma and Leland streets were named in 1905 by San Pedro developer George H. Peck Jr. for his children Alma (1888-1962) and Leland (1894-1954). Peck and his wife Olive actually had four kids: William (c. 1878-1951), Olive’s son with her first husband Joseph Betts, was adopted by Peck and later became his business partner, but never got a namesake street. Rena (1886-1971, later Rena Peck Anderson) was so honored, but her street was coopted by Meyler in 1920. As for Alma and Leland, their streets share a poignant backstory: both children were severely disabled. While Alma’s issues remain unclear, Leland had a rare disorder called Friedreich’s ataxia, which confined him to a wheelchair. (Legal documents deemed them both “permanently mentally incompetent”, which may not have been strictly true.) Their father cared for them deeply and lived with them until he died in 1940; he then left a generous trust for their comfort and welfare, with William appointed guardian. The balance of said trust – $1.75 million – was reverted to San Pedro for park beautification after Alma’s death. 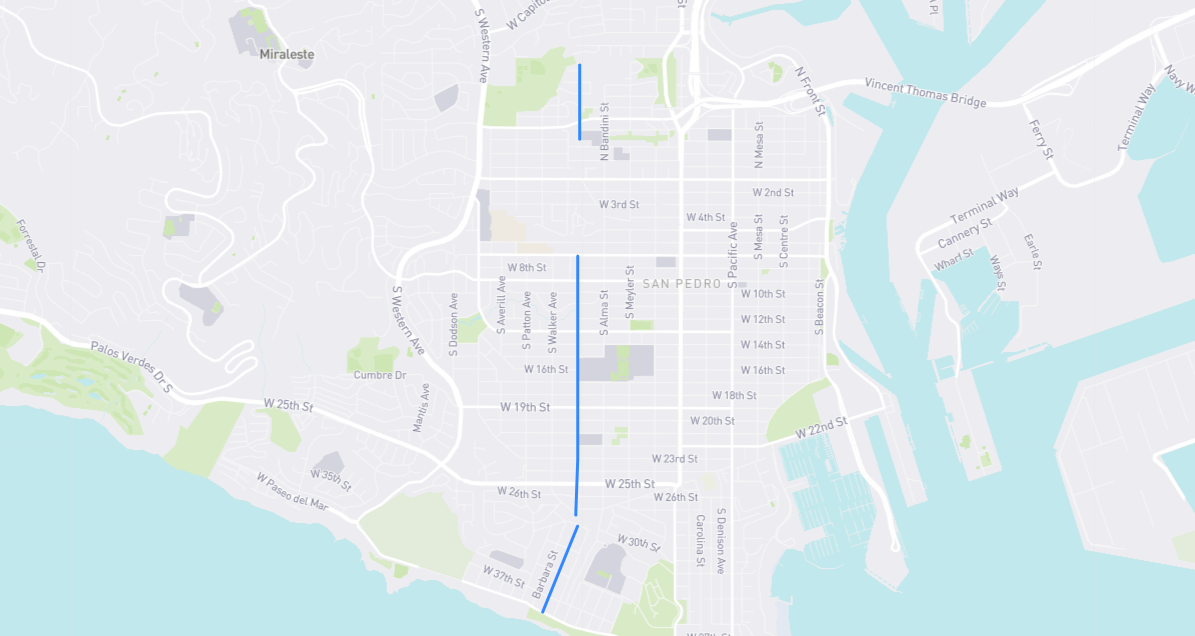