As you might guess, this street is named for a fellow named Leo Lang (1869-1946). An Iowa native, Lang ran a small newspaper in rural North Dakota from 1895 until 1910, when he moved to L.A. and eventually settled in Tujunga. Along the way, he suffered the quintessential tragedies of his time: his first wife Geneva died after childbirth (their daughter, also named Geneva, lived for 99 years); another baby with second wife Jennie died from whooping cough. The Langs may have thus come to California for health reasons. Unsurprisingly, Leo got into real estate out here, but was best known as a deputy fire warden for the County Forestry Dept.: in 1930, he was said to be the oldest forest firefighter in the county. Leolang Avenue was named a year before that. The Langs moved to Soquel in 1940, where Leo spent the last years of his life. 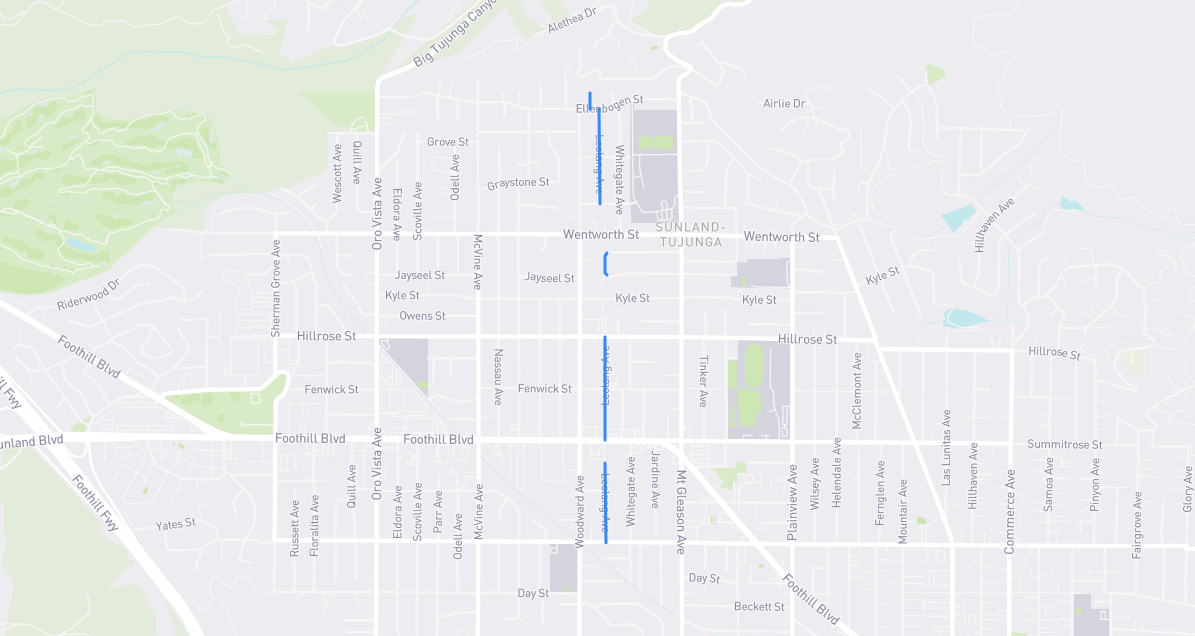