Martel Field (1900-1948) was all of five years old when his father Leonard Hamilton “L.H.” Field (1838-1920 – yes, a new daddy at 62) honored him with this street. L.H. owned a successful department store in Jackson, MI, albeit not as successful as the one his cousin Marshall Field owned in Chicago. In or around 1904, L.H., his second wife Mary (1861-1931), and little Martel came to Hollywood. L.H. opened both Martel tract and avenue in 1905. The Fields soon returned to Michigan, but resettled in Pasadena after Martel fought in World War I and married Helen De Normandie Flowers. (If you think that name’s impressive, they christened a daughter Farrand Flowers Field.) In 1934, Martel relocated to Beaver, WA and ran a timber company. Helen stayed in L.A. with their three kids and divorced him – rather contentiously – in 1936. A heart attack at 48 marked the end of Martel Field. 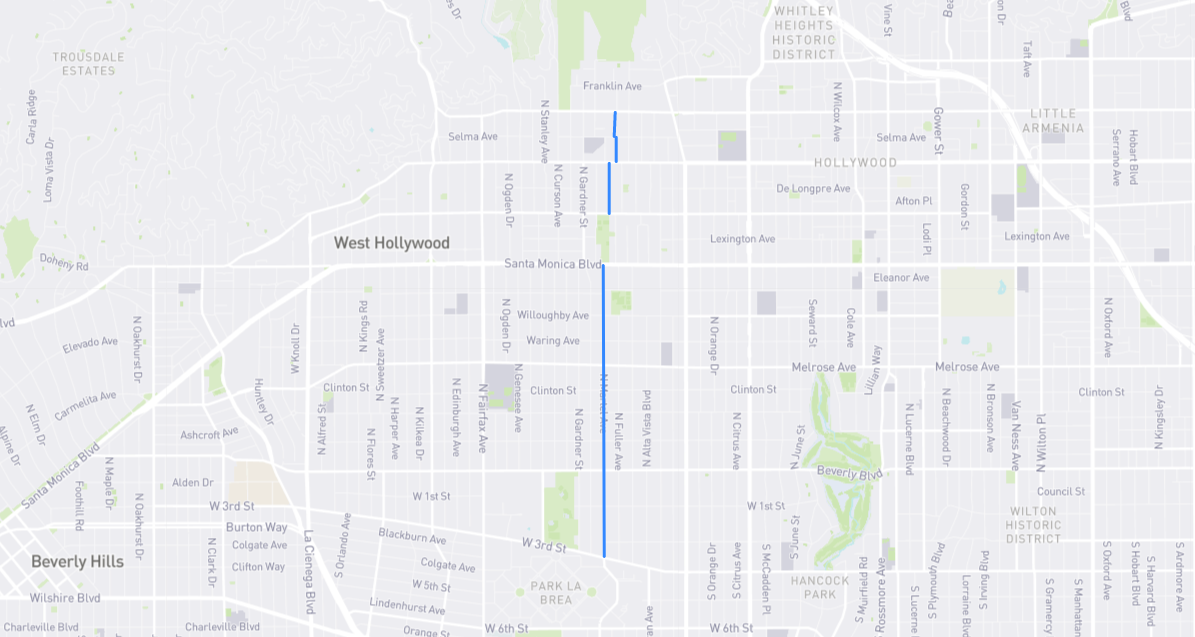