Some believe Poinsettia Place is named in honor of the Ecke family, German immigrants who purchased land on Hay (now Hayworth) Avenue in February 1906 and founded their poinsettia empire nearby. There’s no question that the Eckes were responsible for the poinsettia becoming an American Christmas tradition, and for decades they controlled over 90% of the U.S. market. (They grew and sold the plants in WeHo for many years, but eventually moved their operations to Encinitas; the company was sold in 2012.) However, Poinsettia Place was named in July 1905 while the Eckes were still in Eagle Rock. The Poinsettia tract was in fact owned by Leonard H. Field, who was also behind the Martel tract. The poinsettia was elected the official flower of the City of Hollywood in 1903, so that surely informed this street’s name. The actual plant derives its English moniker from Joel Roberts Poinsett (1779-1851), the first Minister to Mexico, who introduced it to the U.S. 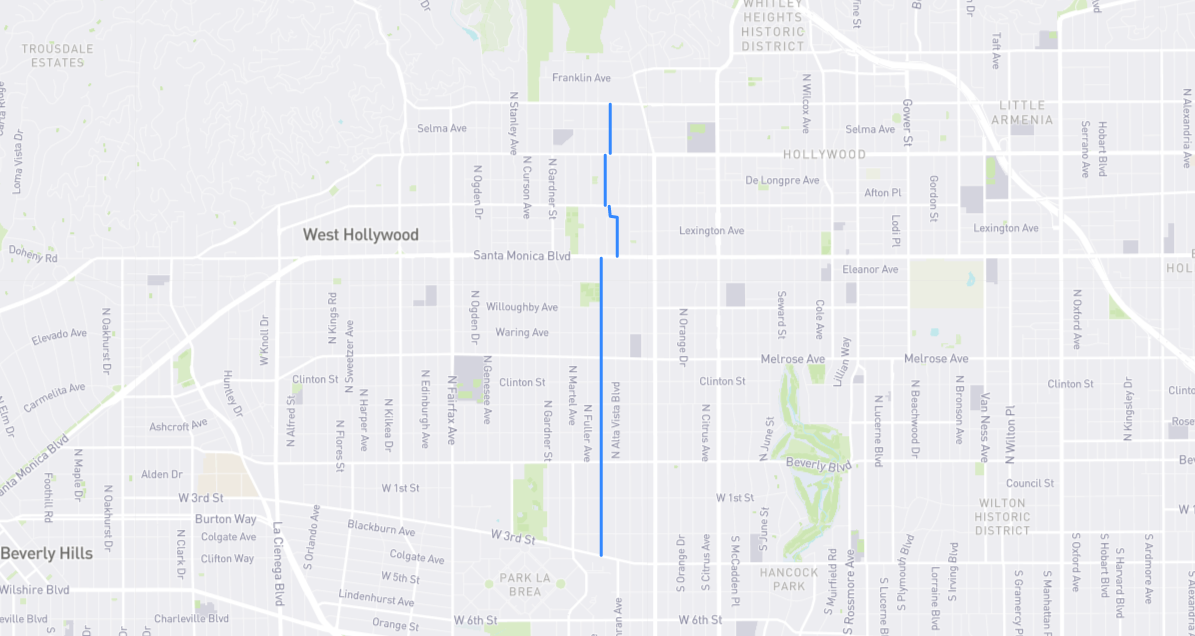